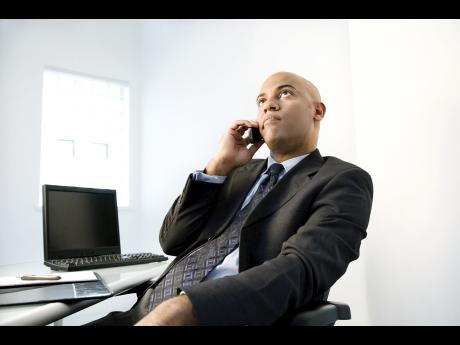 This is a question that many are asking today. Can Christians serve in politics without becoming corrupt and ultimately lose their salvation?

We have seen many Christians enter politics, and once they start serving, they compromise, begin to support the things they once stood against and 'evolve', as they say. Recognise that man may feel he has evolved, but God's standards, requirements and principles remain the same.

By speaking with many Christians who serve in politics, as well as in diplomatic circles and other influential areas, they say it is very difficult to do so based on the way in which the secular world operates. They operate using bribes and corrupt practices, especially when working with many of the influential, international bodies. Once they are dealing with such bodies/groups, to get financial backing, to pass a bill, or even to get contracts, they have to do something in return - whether it is sexual favours or some other corrupt practice in order to get the support for their cause/bill/action.

When overseas representatives/managers/clients come to your country or organisation to be convinced to support your country/government/bill/action they have to be taken for drinks - usually alcoholic. More demanding characters may require drugs and they must be serviced. Failure to comply would mean losing your job/position or hinder your promotion. As a Christian, you shouldn't engage in either of those activities. Further to that, many of the activities would be planned on a Christian's day of worship - whether Saturday or Sunday - and you would be required to attend. Which means for a Christian, they would have to miss going to their church services.

Many Christians in politics, particularly when there is a conscience vote, are forced to compromise and side with their leader on issues that would go against the Bible, which is the Word that governs every Christian. Otherwise, they would be viewed as rebellious, unsupportive to the leadership and anti-social, and be sidelined and unsupported by those within, and ultimately, would have to walk away and allow one willing to yield to the corruption to take their place. It's all about winning votes at any cost and get the support, no matter what it costs you. So their choices are - compromise or walk away.

Even within the political and diplomatic circles, getting certain resolutions and bills passed that will benefit the people of the nation would mean going against your Christian principles while selling out to the real enemy, who will come calling sometime in the future. So for example, they will support and even fully fund your project to acquire the large factory, that has been closed for years, so you can turn it into the new children's home or community centre in exchange for your supporting/voting for their abortion bill or legalising marijuana bill or some other. They will even promote you as an ambassador or allow you to sit on prestigious boards, or promote you to senatorial/ministerial level in exchange for your vote on their corrupt bill/action. They will even pressure the government to promote you into a particular government ministry, stating that they have confidence in your ability to do the job.

Other Christians complain that it is difficult to get jobs in certain foreign services, because the job descriptions are tailored against their Christian principles and so they have to walk away from the opportunity to bring positive change.

Sadly, many in politics feel that Christianity is the only faith that they can be this bold to come against in such a manner. They are afraid of the other religions because of the money or influence attached to them.

Some ask the question: how do those in public relations and media speak truth when their organisations lie and they have to present the lies as truth? What do they do?

Despite all this, if all Christians walk away, then where are the salt and light of the world? If men and women such as Daniel, Deborah, Joseph and Esther all served in government and stood without compromise and God promoted them, then why are we coming with excuses about serving in this capacity when we have the greatest insight, foresight and solutions? Why are we retreating instead of standing?