UPDATE: Schools closed due to murderous rampage in Westmoreland 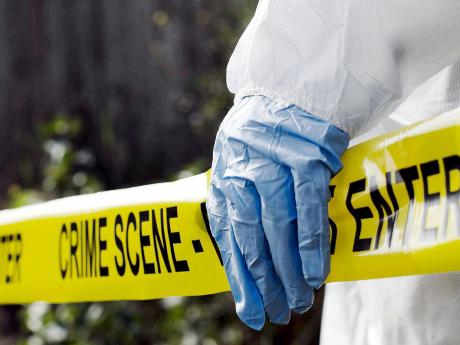 Schools in Grange Hill and surrounding environs in Westmoreland were closed early today as fear gripped sections of the community following yesterday's murderous rampage by gunmen who shot and killed multiple persons and injured several others in separate incidents.

The security forces have blanketed the community and top government and law enforcement officials including National Security Minister, Dr Horace Chang and police commissioner Major General Antony Anderson as well as Member of Parliament Dr Wykeham McNeill, the mayor of savanna-la-mar and the Westmoreland custos are now visiting the area.

The carnage began about 7:30 last night in a section of the community called Sterling when gunmen broke into a house and opened fire on 39-year-old Nadine Rowe and her 12-year-old son Nicoy Bourne, killing them.

Hours later, gunmen invaded a bar in Top Lincoln between 11 o' clock and 12 midnight and unleashed a barrage of gunfire on patrons killing two persons and injuring several others.

Around the same time, men armed with guns carried out a drive-by in Morgan Bridge shooting several persons including Odaine Drummond, who died from his injuries.

Its further reported that about 11:30 gunmen posing as police personnel went to a premises in Fullersfield and asked the occupants to let them in.

They hesitated and the gunmen then kick in the door to the house and dragged 21-year-old Jayon Myers from inside the premises into the yard where he was executed.

Its reported that two women who were hiding under a bed inside the house were discovered by the gunmen but were reportedly spared and told to run.

The gunmen then set that house and two others on fire before escaping.

Two of the houses were destroyed, while the other was damaged.

Its reported that yesterday's attacks were carried out by the Kings Valley Gang, with the alleged support of gangsters from Montego Bay, and the Sterling Gang.

The police have attributed the violent flair up to inter and intra gang feud in the parish some of which it said is related to the illicit lottery scamming.