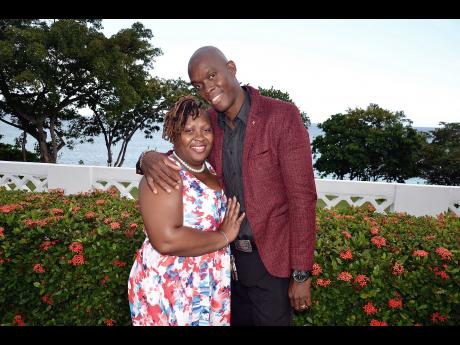 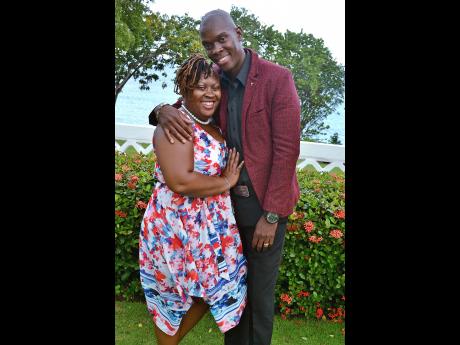 For Sergeant Fabian Shettlewood of the Jamaica Constabulary Force (JCF) Mounted Troop Division and his wife, Taniesha, 12 years of marriage did not just go by without hitches but required firm commitment to keep the relationship intact.

Although they were planning to renew their vows after 15 years, the Shettlewoods were given an earlier opportunity to do so recently during a couples' retreat for JCF members and their spouses in Ocho Rios, and they took it willingly.

"Yes, we're going to," was the firm answer that came after the question was asked by Family & Religion.

"Because we need to be reminded of those words we said 12 years ago," Taniesha continued. It's something I've always wanted. We wanted to do it for our 15th anniversary, but the opportunity was given to us, and we have taken it."

The union has produced three lovely daughters, and the couple were only too willing to take some time out to speak about how the journey to this point has been.

"As it relates to how we have survived so long, it has not always been easy, but the one thing that we are is committed," Taneisha pointed out.

According to Fabian, there are, indeed, challenges.

"To keep the relationship going is not without its hiccups it has its challenges. We might question each other - did we make the right decision? And what are we doing wrong?

He is a private person and doesn't believe in counselling. He resists efforts at times by her, to see a counsellor.

She said: "There might be times when I suggest us getting counselling if we are going through a difficult situation, but my husband doesn't believe in counselling. I, for one, have a very good friend that I can bounce things off, and she's very objective, so if I am wrong, she is going to say, 'Taniesha, you are wrong".

But what works for him is right there in the home.

"I think what helps the most is the personality. I'm a person that loves life. I love to live, I love my family, and that is what drives me. When I leave them and I know that I'm coming back to them after a few hours at work, that relieves me. So if I'm coming from a stressful day at work, once I get home, once I see the girls, [I'm OK]."

The Shettlewoods were among a group of several police officers and their spouses who renewed their vows, under the guidance of JCF Chief Chaplain Pastor Gary Budhoo-Fletcher, at the couples' retreat.