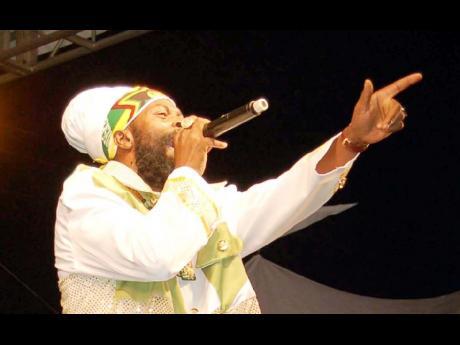 Popular entertainer Capleton is now in police custody after he was arrested yesterday and charged with rape.

The police have also confirmed that they are conducting an investigation into allegations made by the entertainer that he is being extorted by the woman who accused him of sexually assaulting her.

Capleton, whose real name is Clifton Bailey, is scheduled to make his first court appearance on Monday.

The police say the woman, who is a hairdresser, reported that she was hired by the 51-year-old entertainer and went to a hotel in New Kingston on April 28 to groom his hair.

According to the police, she claimed that while there he held her down and had sexual intercourse with her against her will.

The woman made a report to the police on May 2.

The police say later that day the entertainer went to the Half-Way Tree police station and reported a case of extortion against the woman.

Capleton was arrested and charged after he was interviewed by police investigators yesterday in the presence of his attorney.

The police say the investigation into the allegations against the woman is ongoing.