Canada calling Jamaican women - Winter no problem as more than 6,300 migrate in the past four years 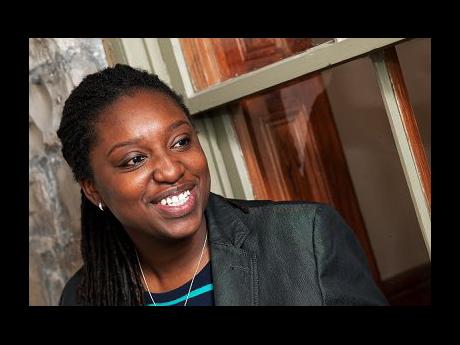 More and more Jamaican women are heading to Canada for the job opportunities available in several fields.

Figures provided by the Canadian High Commission in Jamaica indicate a modest yearly increase in the number of women immigrating to that North American country in the past four years.

Between 2014 and 2017, some 6,300 female permanent residents were admitted to Canada from Jamaica, and the high commission says a number of factors could be contributing to the increase.

"While we do not have data to confirm this, we expect that the pull factors for women are likely the same as for men, namely a combination of economic, career and personal factors," said the high commission in an emailed response to questions from The Sunday Gleaner.

The data show that the majority of Jamaican women are calling the hub of the Canadian economy, the east-central province of Ontario, home with many settling in its capital, Toronto.

The western province of Alberta has been the second most welcoming area for Jamaican women over the past four years.

Thirty-four-year-old Teneile Warren is among the many now calling Canada home. She migrated seven and a half years ago and has no regrets.

According to Warren, her initial plan was to move to the United Kingdom but at the time it was too expensive. She said she had visited Canada once before, really liked the country, and although not knowing anyone there, she made the decision to move there.

"Canada is diverse, lots of different places to go, it's welcoming. It is a very modern country. As a Jamaican, coming to Canada was the best choice. I mean, we have the same problems that other countries have, but I think we have stronger systems to which we can access what we need and people can be helpful, but you just have to go the place that works for you," said Warren.

"I live in Toronto; most Jamaicans live in the suburbs, they live in Mississauga, Scarborough, and Brampton. Jamaicans think about moving to a different country and buying a house and buying a car. I'm very much a millennial. I live in an apartment that I rent and I use all the millennial services that are available to me," said Warren, who worked as a journalist in Jamaica before leaving for Canada.

She has a Master of Fine Arts in Creative Writing from the University of Guelph in Ontario and works as development officer at the Canadian HIV/AIDS Legal Network.

"Here, they see the potential in different degrees in different fields, so you are not as restricted by the degree that you have here. You can do a degree in anthropology in Jamaica but somebody might look at it and be like, 'What am I going to do with that,' but here, they see the skills, which means that you are a good researcher, or that you are a good writer, they look at the big picture.

"So in choosing to leave to come to a place like this, it creates opportunities and you have something more that you can offer if you decide to go back to Jamaica," added Warren.

She told The Sunday Gleaner that she did not plan to stay in Canada, but is glad despite the biting winters she now faces.

"Jamaicans adjust, we are survivors, we are people who understand what's important, so for me, I know that winter is coming, it is going to come every year so I just deal with it," said Warren.

While the figures are not available on the occupations which the Jamaican women are now employed in Canada, the high commission said they are many and varied.