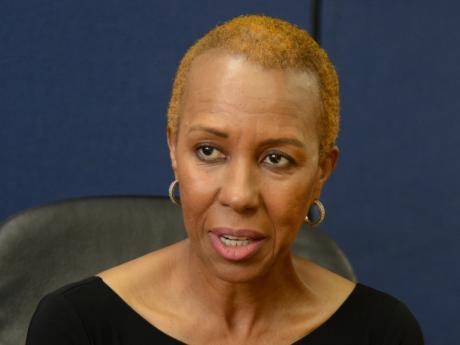 Minister without Portfolio in the Ministry of Finance and the Public Service Fayval Williams says the Government is to establish a policy framework for disaster risk management.

According to Williams, the analytical work is moving apace.

She was speaking at this morning's Private Sector Organisation of Jamaica's President's Breakfast Forum at the Pegasus Hotel in St Andrew, where business leaders gathered for a discussion on disaster risk management for the business community.

Williams said the policy will be based on the most recent specialised analysis available and will have a suite of products for different levels of disaster and a transparent investment to mitigate harm to people and damage to infrastructure.

"On average we lose about 2.4 per cent of GDP (Gross Domestic Product) annual as a result of natural disasters, and so we have this history and we have the figures, now what are we doing about it," Williams asked.

"I am pleased to say that the Government has put in motion, and are far along with our analytical work that will guide our eventual establishment of a policy framework for disaster risk management at the national level," said Williams.

Jamaica has been hit by several major hurricanes and storms in modern times and all have impacted on the country's economic performance going back to Hurricane Gilbert in 1988, which cost Jamaica 26 per cent of gross domestic product (GDP).

Williams noted that the Caribbean has been impacted by some 324 natural disasters since 1950, costing governments of the region nearly a quarter of trillion dollars in losses.

“The IMF research has shown that since the 1950s, more than 12,000 natural disasters have been registered in the world. During that same period, the Caribbean has been hit by 324 natural disasters, and you may say that 324 looks like a small number when compared to the 12,000. But the research also shows that the economic impact of these 324 disasters in the Caribbean has been substantial, exceeding US$22 billion over that time," Williams said.

"Contrasts this US$22 billion to the cost estimated about US$58 billion globally, and you get a sense of the magnitude of the vulnerability of our tourism-dependent economies in the Caribbean, which accounts for 38 per cent of global damage from natural disasters," she told the gathering.