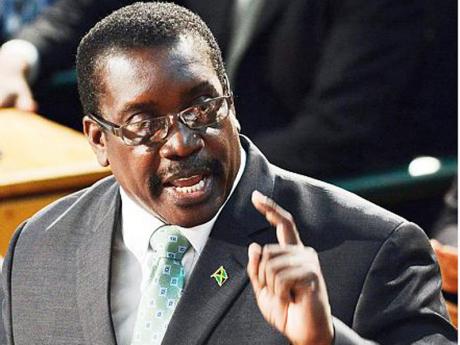 The Government has announced plans to merge Clarendon Alumina Partners (CAP) and the Jamaica Bauxite Mining Limited and list the company on the Jamaica Stock Exchange.

Jamaica Bauxite Mining owns 51 per cent of the old Kaiser operations while CAP has a 45 per cent stake in bauxite company Jamalco.

Jamalco is a joint venture between Noble Group and CAP.

Minister of Transport and Mining Robert Montague said he would be seeking permission from his Cabinet colleagues to sell shares in the entity to the Jamaican people.

“This is an offer that the little man, the civil servant, the farmer, the workers, all Jamaicans, both here and abroad, will finally, after over 60 years get a chance of owning a part of the industry,” Montague said while making his contribution to the Sectoral Debate in Parliament.

He told his parliamentary colleagues that internal discussions have started and assistance would be sought from the Attorney General’s office and the Development Bank of Jamaica to properly package the concept for listing on the stock exchange.

He said the Government would no longer depend only on the bauxite levy and royalty to allow Jamaicans to benefit from the sector but would be giving ordinary Jamaicans a chance to own the asset.