Probe under way into operations at Petrojam 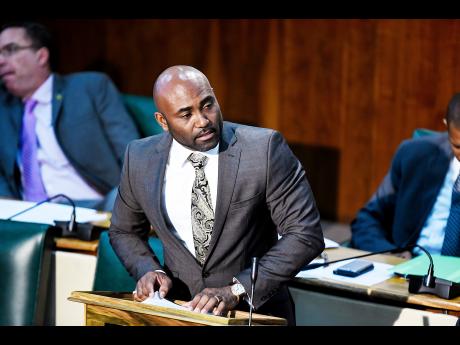 Minister of Science, Energy, Technology Andrew Wheatley says he could not confirm that the human resources manager at Petrojam was earning $12 million, nearly twice the sum that was paid to her predecessor.

His comments came even as Auditor General Pamela Monroe Ellis is currently conducting an audit at the government-run entity.

"All I can say ... as it relates to the specifics of the compensation package, I am sure that there is a band that governs the compensation for all employees, and as I stated before, an audit is being done by the auditor general," Wheatley said while responding to questions about the operations of the state-owned oil refinery.

In a statement to Parliament yesterday, Wheatley challenged claims by Member of Parliament for St Andrew South East, Julian Robinson, that Petrojam was making donations to politically connected parties. Robinson had also raised questions about the viability of the state-owned oil refinery. His comments came during his contribution to the Sectoral Debate last week.

However, Peter Bunting, Manchester Central member of parliament, sought answers from Wheatley even as the minister accused Robinson of making unsubstantiated claims without providing specifics. Robinson was said to be abroad on official business.

Asked whether funds which were allegedly advanced to the chairman of Petrojam to attend meetings in the United Kingdom were reimbursed to the company, owing to his lack of attendance, Wheatley said he would provide the Parliament with answers at a later date.

At the same time, Wheatley acknowledged that of the $65 million in donations made to six constituencies by Petrojam in 2017, his constituency benefited from $19 million. However, the minister suggested that the support given to a primary school and community centre was without his intervention.

Wheatley noted that as part of its corporate policy Petrojam supports community projects.