Jurors demand justice - Poor working conditions, long hours with no pay and other challenges, facing Jamaicans who show up for jury duty 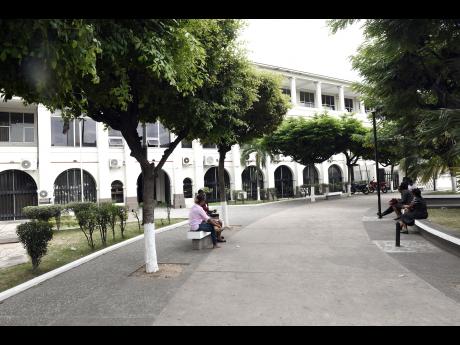 Norman Grindley
Persons sit on benches next to the Supreme Court building in downtown Kingston.

Several persons who have served as jurors in the Home Circuit Court are demanding justice over what they describe as the shoddy treatment meted out to them.

The jurors, who answered summonses to appear in the downtown Kingston-based court, say they are also concerned about persons called to serve in rural courts, based on the horror stories shared by persons in the legal system.

"The justice system is failing us, and it is unfair that we are called upon to administer justice under adverse conditions," the Corporate Area jurors outlined in a letter signed by 30 of them.

They charged that the system is turning some of them into beggars when they turn up for jury duty, because they cannot afford bus fare and lunch money to attend court.

The jurors say that while they are aware of the provision in law that only those who actually sit on cases are given a stipend of $2,000 daily, this is unfair as others attend court for several days, stay there for many hours and are not selected to sit on a case.

"It is a shame to hear jurors asking fellow jurors if they can help them with bus fare or lunch money," they said in the letter.

According to the jurors, last Tuesday, they sat in a crowded jury room from 10 a.m. to 3 p.m. just to see if a case was ready for jury selection. They would not be compensated for the time or the expenses they incurred that day.

"There are too many excuses given for cases on the list not proceeding expeditiously, and as a result jurors are affected as they have to wait for long hours while issues are ironed out," added the jurors.

They further charged that water is hard to come by at the Supreme Court as there is no cooler at the courthouse, and when they are waiting in the jury room, they are told there are not enough drinking glasses to serve them water. "This is inhumane," said the jurors in the letter.

There is a television in one of the jury rooms with poor reception and there is no access to a public Wi-Fi.

The jurors are also upset about the long delays that those who serve often have to endure before they are paid.

When the complaints of the jurors were brought to the attention of Minister of Justice Delroy Chuck last week, he argued that the State could not afford to meet all the demands of the jurors at this time.

"We have to ask the chief justice to ensure better management of the court system for jurors, so those who are not serving will not spend long hours at court," said Chuck.

He said it would be difficult to do a means test to ascertain the jurors who need assistance with travelling expenses and those who did not, and noted that it was the Court Management Services and not his ministry which is responsible for paying the jurors who serve.