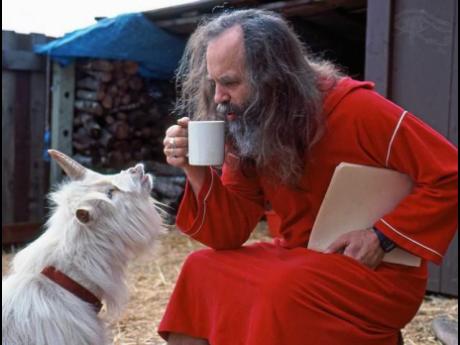 Contributed
Oberon Zell, primate of Church of All Worlds and headmaster of the Grey School of Wizardry. 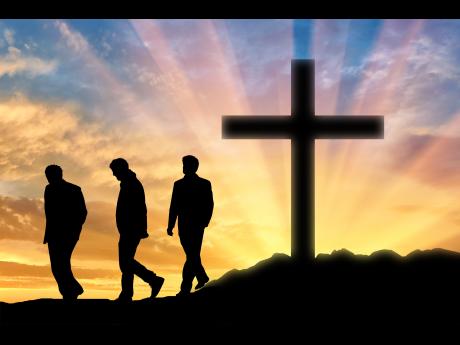 There is an originality and near indescribable authenticity to paganism. It reflects an instinctive and natural way of paying homage to the universal energy of which we are part, and echoes the wise words of Cicero: "Everything is alive; everything is interconnected."

Paganism offers no promises and fantastical ideations of an afterlife. Its theology is void of a patriarchal God that rewards and punishes, and a conniving Devil that whispers in the hearts of men.

My conversation with Oberon Zell, primate of Church of All Worlds and headmaster of the Grey School of Wizardry, was refreshingly interesting.

He is direct, "We do not promise eternal salvation or an end to all your troubles. We are not cult leaders, gurus, or mothers telling children what to do, but cohorts on an exciting journey of discovery. Enter freely and of your own will!"

Zell, obsessed with religion while in college, talks about "outgrowing the many, many religions and mythologies". He sees the Bible as an interesting mythology, not unlike those of King Arthur, Robin Hood, Jason and Odysseus. The stories were "bizarre" but did hold his attention. He eventually identified himself as a pagan and moved quickly to dispel misconceptions promulgated by early Christians.

Of this transition, he is detailed.

"Eventually I had this major epiphany I realised that the entire Bible, from Genesis to Revelation, was the story of a specific people, the Jews. This was all about them as the 'Chosen People' of their tribal God, Yahweh. It was their history; their commandments and rules; their kings, prophets, and prophecies; their messiah; their redemption.

"But I wasn't Jewish! My ancestors were Celts and Teutons. The Bible was not the story of my people, or their history, and it simply was not relevant to me. Indeed, I realised that my people were the ones continuously mentioned throughout the Bible as 'the other people' - that the presumed Jewish readers were not supposed to emulate.

"This realisation precipitated my liberation from Christianity after many years of total immersion in it. And, in seeking my own ethnic religious heritage, I became a pagan."

He added: "The word pagan comes from the Latin, Paganus, meaning peasant or country dweller. As a religious term, it is correctly used by anthropologists to designate the indigenous folk religions of particular regions and peoples, and by classical scholars to refer to the great pre-Christian civilisations."

It is by reawakening Gaea, the divinity within, that the community evolves. Zell describe divinity as the highest level of consciousness accessible to each living being.

He argues that "every man, woman, tree, cat, snake, flower or grasshopper is 'God'."

The Church of All Religions was legally incorporated in 1968. It holds that God is immanent, that humankind should live in harmony with nature and should develop deep lifelong bonds of friendship, and that positive (sacred) sexuality should be practised. It sole commandment reads: Be excellent to each other.

Zell speaks impassionedly about church rituals that were reconstructed from scraps of history and salvaged by archaeological research, translation of original texts, and by the procurement of families.

"Many (rituals) are derived from the legends, songs, customs and folklore that have been embedded so deeply in our cultural heritage that even centuries of Christianity could not dislodge them."

In one of the rituals called the Circle, stories and songs are recited while victuals and drinks are served.

Its most distinctive ritual, Zell describes as a kind of Holy Communion. "It is the sharing of water with each other, with all life on Earth, and with all life throughout the cosmos."

According to Zell, central to all pagan worship is the annual cycle of eight seasonal festivals called Sabbats or the Wheel of the Year. "Participating in these celebrations attunes the body, soul and tribe to the Great Round of Life's Mysteries: Birth, Growth, Death and Rebirth."

Pagans live their religion throughout the day. Zell explains, "For us, taking our cans and bottles to the recycling centre is as much a religious duty as prayer and ritual. And so are composting our garbage, protecting animals and children, growing organic vegetables, practising birth-control and safe sex, using biodegradable materials, physical exercise, psychic training, study and celebration of the seasons."

Unlike the so-called Great Religions, pagans do not teach about life after death because there is no verifiable knowledge on the subject.

"Our orientation is towards living, not dying," said Zell.

And while he concedes that pagans hold divers views on the afterlife, he states that many are inclined to believe that "whatever you personally believe in, is probably what you will experience",

Of the Devil, Zell says, "We are polytheistic, not dualistic, and we have no supreme 'god of evil', in our pagan pantheons to oppose a supreme 'god of goodness'. I don't believe in Satan but I do believe in Santa! 'The Devil' is a specifically Christian concept, and no one outside of Judaism, Christianity or Islam recognises him at all."

Pagans, like Zell, are not surprised by the conflicts, division and mayhem that have come to characterise the world.

He opines, "Monotheism is the idea that there is only One True Right and Only Way. Monotheism, monarchy, monoculture, monogamy, monotony ... A monotheist position means that you are right ('the Chosen People;' 'the Master Race;" 'the True Believers') and everyone else is wrong.

"And if they're wrong, they are bad, infidels, heretics, non-believers, less than human, really. And it then becomes justifiable to try to convert, enslave, punish, torture, and even exterminate 'the competition'."

According to Zell, the Pagan movement has arisen in the past half-century as an antidote to heal the alienation between humanity and nature, between man and woman, between spirit and matter, between the darkness and the light.

"Thus, shall we save the Earth and ourselves as well. This is, after all, what religion is supposed to do, isn't it?" declared Zell.

- Dr Ashby is an award-winning author. His latest book: 'In Search of Truth: A Course in Spiritual Psychology' is available on Amazon, iBooks and Scribd. Feedback: glenvilleashby@gmail.com or follow him on Twitter@glenvilleashby