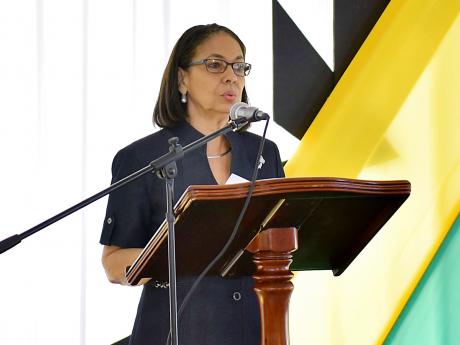 Old-age pension benefit payable through the National Insurance Scheme (NIS) has been increased from $2,800 to $3,400 per week.

Labour and Social Security Minister Shahine Robinson announced in her contribution to the Sectoral Debate in the House of Representatives yesterday that the 20% increase took effect on April 1.

Payments will be made retroactively.

Robinson noted that there was an actuarial review of the NIS during the 2017-2018 financial year and the report highlighted that the viability of the scheme has improved.

She also announced that effective August 1 funeral grants under the NIS will increase to $90,000.

Robinson said the NIS has over 124,000 beneficiaries and that she is moving overhaul service delivery.

She outlined, “Last year, I handed out the new NIS cards to all MPs (Members of Parliament), we revamped all our application forms to make them more user-friendly and all new pensioners now received their payments via direct deposit in their bank accounts,”.

She also signalled that by the end of the 2018-2019 financial year, funeral grants will become automated, in an effort to allow online access.

She said the aim is to have members of the public apply online and receive payments to their accounts within two weeks.

According to Robinson, the ministry is in the process of digitising NIS records.

“This will enable the retrieval of records at a faster pace and a resultant increase in the rate at which we respond to queries as well as a reduction in the processing time for benefits”.