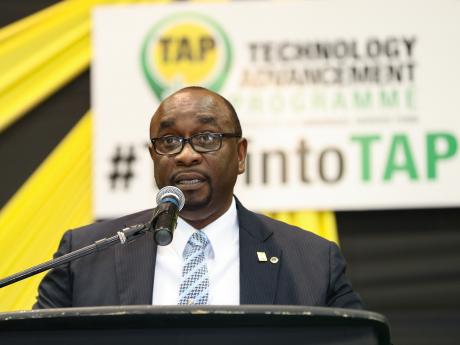 Chairman of the Universal Service Fund (USF) Robert Lawrence has described claims that the agency has outstanding as Annual Reports as unfounded and misleading.

It was reported that no reports have been submitted by the agency for the last four years.

But, in a statement, Lawrence said this is not true noting that all Annual Reports up to 2016/17 have been submitted as required under the Public Bodies Management Act.

He added that the draft 2017/18 Annual Report, inclusive of the agency’s Audited Financials for the period, will be submitted at the board’s monthly meeting this Thursday, noting that this report is not due until July 31.

“... [I am] disappointed that the entity was not contacted for verification to avoid promulgating incorrect and damaging information regarding the agency in the public domain,” Lawrence said.

Meanwhile, the USF Chairman also addressed what he said is an insinuation seeking to connect the agency to the controversy affecting Petrojam, which is in the spotlight over allegations of corruption and fraud.

He argues that the fact that the agency handles large sums of funds cannot be grounds for ordering a forensic audit into its operations.

The call for a forensic audit was made on Monday by private sector groups.

“Additionally, the fact that the USF falls within the same Ministry as another state-run company currently being investigated cannot provide the basis to impute irregularities within the agency.

"As a Government agency that is funded by an international levy, the USF is consistently subjected to local and international scrutiny and as such, irresponsible utterances can cause irreparable damage to its reputation,” said the USF chairman.

Lawrence said the agency is audited by independent auditor annually and according to him no irregularities have been reported.

He said any claims of impropriety, without more, are baseless.