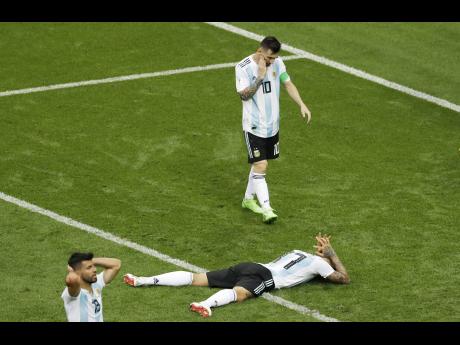 AP
Argentina's Sergio Aguero (left), Lionel Messi (centre) and Nicolas Otamendi react at the end of the round of 16 defeat against France. 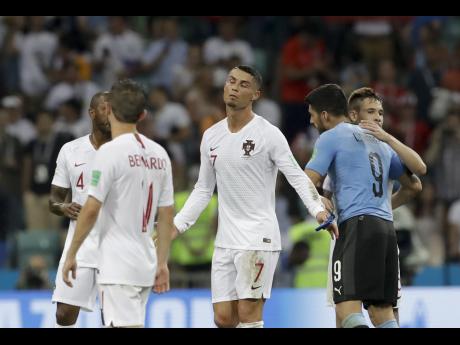 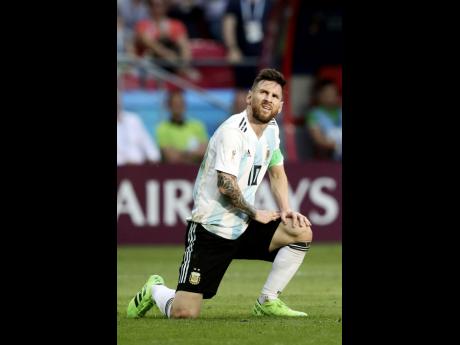 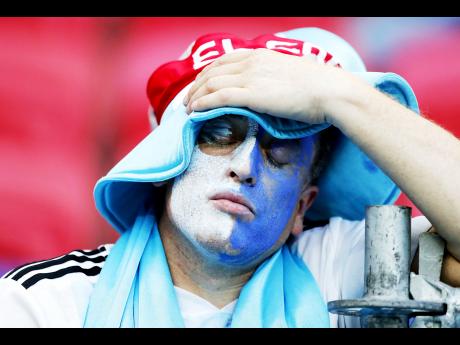 AP
Disbelief on the face of this fan after his team lost to France. 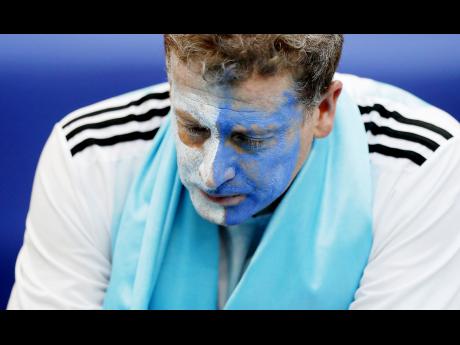 Argentina fans could not hide their emotions as they watched France end their 2018 World Cup dream.

France's joy meant heartbreak for Argentina, whose supporters around the world, including those here in Jamaica, accept that their star-studded side desperately underachieved.

Kylian Mbappe was the hero in a seven-goal thriller which saw Les Bleus reach the quarter-finals.

What Lionel Messi has never done, 19-year-old Mbappe did twice. The quick-footed French teenager scored two goals in a five-minute span of the second half to help his team rally for a 4-3 victory over Argentina.

Messi set up a pair of goals but again failed to score in a knockout match at the biggest event in soccer. Mbappe got his two in his first attempt.

Mbappe was a constant threat to Argentina's creaking defence with his speed and skill, and was at the heart of France's often-breathtaking display, particularly in the middle of the second half.

He became the second teenager to score multiple goals in a knockout match at the World Cup. Pele was the other, doing it twice at 17 at the 1958 World Cup.

For Messi, it means he still has never won a major international title with Argentina. Many a great player has never won the World Cup, and it seems ever more likely that Messi will end up on that list.

He is 31 now, still a master of the close-quarters dribble and the quick strike. But his supporting cast looked weaker every minute, and Messi and his teammates were overrun and outmanoeuvred by a French team full of skill, speed, youth and, for the first time in this tournament, goals.

The day which started with Messi being knocked out ended with his rival as the world's best player, Cristiano Ronaldo, eliminated as well.

Edinson Cavani scored twice in the day's second game and Ronaldo scored none, giving Uruguay a 2-1 victory over Portugal.

It was two weeks ago that Ronaldo scored a hat-trick in the same stadium against Spain, stroking his chin after the first goal to imply he was the "greatest of all time".

But there was no goal for him this time.