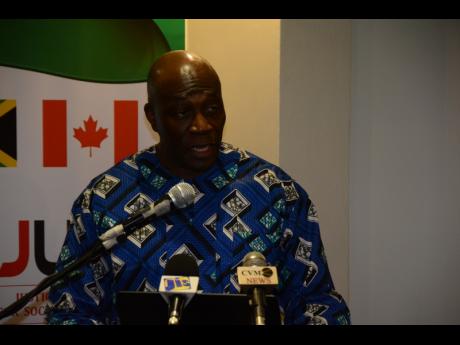 “In the midst of what we are doing, we need to recognize that good things are happening within the courts and that it is not all doom and gloom,” Chief Justice Bryan Sykes emphasized at a recently held case management seminar in Trelawny.

Regarding criminal trials, the chief justice said the statistics revealed that hearing date certainty is approximately 54 per cent, while the average across all divisions is 69 per cent.

“Divisions such as probate and matrimonial are said to be doing well, with hearing date certainty at over 80 per cent. For the first quarter of 2018, commercial courts are reporting a hearing date certainty of 92 per cent. As it relates to parish courts, the parishes of St Andrew, St Ann, and Westmoreland have seen a significant improvement in case clearance rate and backlog reduction, despite limited resources,” he outlined.

Sykes noted that Westmoreland, which has one of the heaviest caseloads, now has a case clearance rate of 86.7 per cent, while the Corporate Area’s stands at 76.25 per cent.

“This was accomplished without any increase in resources or the number of judges, but through effective strategies to deal with difficult issues,” he further pointed out.

According to the chief justice, says case flow management is key in ensuring the timely conclusion of court proceedings.

Addressing members of the judiciary at a three-day seminar, Sykes said several parish courts have been demonstrating mastery of case flow management and, in the process, clearing their backlogs.

Noting that a comprehensive statistical report on the outcome of proceedings in the supreme and parish courts was produced for the first time in 2017, Sykes said the data suggests that case flow management is “one of the most, if not the most effective means of managing cases effectively and taking them through in a timely manner from filing to disposition.”

The case flow management seminar was facilitated by the National Centre for State Courts in the USA, in collaboration with the Judicial Education Institute of Jamaica.