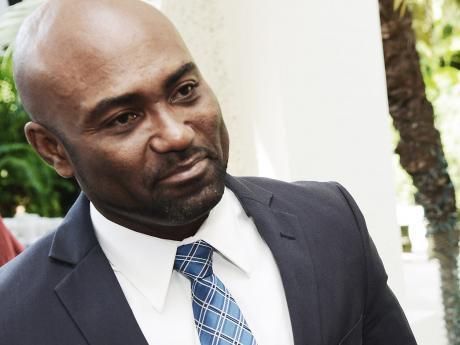 Dr Andrew Wheatley has been stripped of the energy portfolio as the government implements a raft of changes at the controversy-plagued oil refinery Petrojam.

A statement a short while ago from the Cabinet indicates that the portfolio has been shifted to the Office of the Prime Minister.

It says the move is in the interest of transparency in light of ongoing investigations.

Petrojam is currently under investigation by at least four oversight state entities which are probing claims of corruption, fraud and mismanagement.

The oil refinery’s parent ministry is the Ministry of Science, Energy and Technology.

With the shift in portfolio responsibility, Wheatley retains ministerial control of science and technology.

There have been calls for Wheatley to resign or be fired by the prime minister over the handling of the affairs of petrojam but those calls have been ignored.

Cabinet today continued its consideration of a report it received last week on Petrojam and, having regard to investigations already underway, decided the following:
1.        The residential status of all persons nominated to boards must be stated in the Cabinet Submission seeking approval for appointment.
2.        Overseas travel of Board Chairmen or Board members must receive prior approval of the Minister.
3.        Public bodies will be prohibited from entering into sole source retainer contracts without the prior approval of Cabinet.
4.        The Ministry of Finance has been tasked to develop and finalise uniformed regulations for public bodies around donations and corporate social responsibility.  Among other things, this would see limits on the amount that can be approved at the agency level.  It will be a requirement that all donations be disclosed with details to include the amount, the receiving entity, the purpose of the donation and connected party consideration with the management, board of directors or the Minister.
5.        After discussion with Minister Wheatley, it was agreed that Petrojam requires strategic review of both of its management and operations, as well as its long-term commercial viability and role in Jamaica’s energy security.  Having regard to this and the ongoing investigation, Minister Wheatley agreed with the Prime Minister that in the interest of transparency, the energy portfolio will be transferred to the Office of the Prime Minister, effective July 4, 2018.
6.        A special enterprise team will be assembled to conduct and oversee the organisational and strategic review of Petrojam.