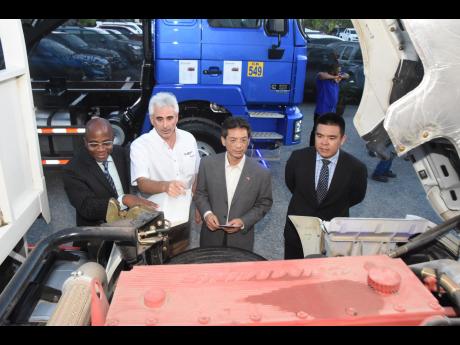 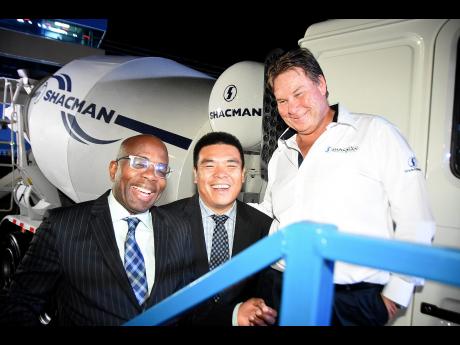 John Ralston, managing director of the Tank-Weld Group, is reporting that more than 200 new trucks have been ordered by Shacman Jamaica since the start of the year, and 127 sales have already been booked.

According to Ralston, the Shacman truck dealership, which was developed by Tank-Weld, aims to modernise the overage trucking fleet in Jamaica.

He added that the decision to become Shacman dealers emerged from Tank-Weld's experience of operating an ageing fleet.

"Over the years, maintaining our fleet of more than 120 trucks became extremely difficult," said Ralston.

"With the expense of buying new parts to put on very old trucks, we had no choice but to think outside the box," added Ralston.

Speaking at the launch of the dealership at the Spanish Court Hotel in St. Andrew on June 25, Ralston pointed out that Tank-Weld's truck fleet was similar to that of much of the rest of the trucking industry in the country.

"Our fleet had an average age of more than 18 years, and before September of 2017, Tank-Weld last purchased a new heavy-duty truck in 1973," he pointed out. "Buying used trucks with an excess of 500,000 miles was no longer an option for us."

The problem with older trucks is that they become less reliable over time, and increasingly difficult and costly to maintain.

"Until now, we were not able to justify the capital cost to purchasing new trucks," said Ralston.

That changed when they became familiar with the Shacman trucks being used in Jamaica by China Harbour Engineering Company (CHEC), their neighbour at Six Miles in St Catherine.

Research into the trucks led to a decision to purchase four in September last year, which escalated into discussions about establishing a dealership and a visit to the Shacman plant in China.

"This is a company with a long history of producing special vehicles for the Chinese military and when turning to producing commercial heavy-duty trucks, instead of starting with a blank sketchbook, chose to partner with the German truck and bus company MAN to eliminate the learning curve," noted Ralston.

The trucks are based on established German technology, coupled with Chinese manufacturing efficiency, which results in attractive prices.

"We aim to truly revolutionise the trucking industry. Their strategic advantage comes from a decision to import a limited range of trucks suited to the Jamaican environment, and thus ensuring the capacity to stock an adequate supply of spare parts," added Ralston.

He explained that the dealership had been integrated into Tank-Weld's purpose-built maintenance facility at Ferry in St Catherine, with the addition of a 3,200-square-foot showroom, a 12-bay workshop and a fully stocked parts department; as well as an in-bond facility to hold up to 50 trucks.

"Five Shacman staff members have been repositioned in Jamaica to make this their regional headquarters. These five men are here to support Shacman Jamaica in our effort to demonstrate Shacman's commitment to the Jamaican and Caribbean markets," declared Ralston

He added that as a result of these developments, "six months into the year, we are four times ahead of our annual dealer target, and the customer feedback has been very encouraging".