Lighting danger! - Motorists putting other road users at risk by adding strobe and LED lights to their vehicles 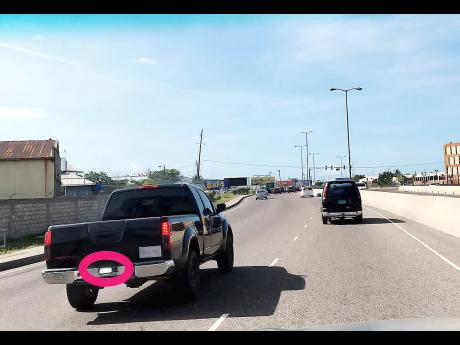 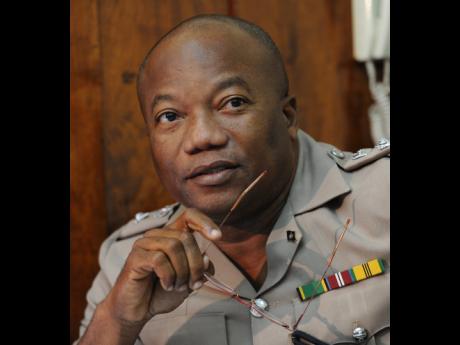 Stiffer penalties await unruly motorists who have adopted the dangerous trend of installing blinding strobe and LED lights of varying colours, to their vehicles.

A strobe light produces regular flashes of lights, and is typically seen on law enforcement, and other emergency vehicles while the coloured LED lights are banned.

Head of the Jamaica Constabulary Force Traffic and Highway Patrol Division, Senior Superintendent Calvin Allen last week underscored that the use of either light was a clear breach of the law.

“It is being perpetrated by some of our undisciplined motorists.  What we have been doing is that we have been conducting some night operations jointly with members of the Island Traffic Authority, who have the authority to remove registration plate from vehicles when we see these breaches,” Allen told The Sunday Gleaner.

“It is something that is in our focus, we have been treating it, but we still have a lot of indiscipline activities from some of these persons,” said Allen.

“It is something that ought not to be done.  We are urging the motorists to desist from this illegal practise and we are not going to be lenient when we meet upon them. Apart from it being illegal one of the dangers of those bright lights at the front is that they impede significantly, the oncoming motorist in the nights and can result in persons losing control of their vehicles.

“Those extra bright lights are not of the specification as per the Road Traffic Act,” added Allen as he warned that the new legislation now before Parliament will have even stiffer penalties for this breach.

Director of the Road Safety Unit in the Ministry of Transport, Kanute Hare also expressed concern about the danger those bright lights pose to other motorists.

He said even though the Road Safety Unit has not received any report  that these lights have led to traffic crashes, the risk factor of that happening is great.

“It is something that we are not in support of.  We think it can be distracting and the fact that you are getting complaints from motorist, further highlight that it is creating some levels of distraction for them out there, and the vehicle was not manufactured with these things on it,” said Hare

He pointed out that 169 persons have been killed on the roads since the start of this year and urged persons to make better choices on the roads.

According to Hare maybe if motorist understood the psychological effects of losing someone because of a traffic accident they would see the importance to begin to develop a level of road safety consciousness.

“Any practise that is unsafe, that creates risk for traffic collision, we should not venture down that road. We should remember that there are other persons driving on the network.

“You may think that you are just fancying up your vehicles, but really what you are doing is not just endangering other persons but endangering yourself. You don’t want oncoming motorists to be so dazzled by your lights that they end up running into your vehicle,” warned Hare.

He also issued a warning to motorists to be cognisant of how they use their bright lights in already well lit areas.

“Where we have street lights, we shouldn’t really be using high beams at all. I know that there are certain areas, especially in rural Jamaica, where persons would use their high beam, but once you see a vehicle coming you should go to low beam,” said Hare

If you see vehicles with strobe lights or bright LED lights you can send the pictures or videos to ccu@jcf.gov.jm