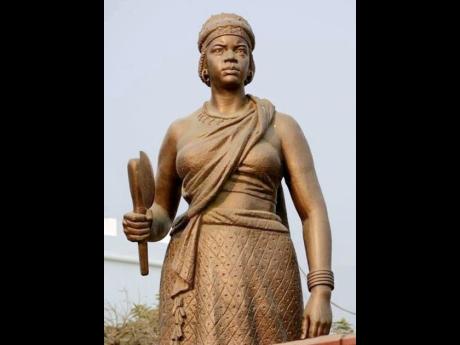 As a critic, I have been fortunate to receive books from the boundless talent in the region.

Recently, a young writer sent me material that while exemplary on many levels, included an assertion that, in my opinion, yearned for clarity. In fact, her comment that blacks sold each other into slavery has been long echoed, interestingly, more so today than I can recall.

While the history of the African continent gives credence to the writer's statement, it falls short if only because it offers a stark and truncated response to a far more complex scenario.

The 'blacks sold each other' mantra has, over time, become an excuse to remove culpability where it predominantly belongs, and shifts responsibility to the victims of this torrid chapter of history.

As early as the 18th century, historians were skewing facts to silence concerns over slavery.

While I wish to discuss the psychological implications of repeating the 'black sold each other' mantra, it is important that we review African slavery as it existed before the coming of the European.

Without labouring over detail, slavery on the continent did exist. No one can argue otherwise, but it was instituted in response to social infractions and inability to repay debt. Captured warriors also became slaves - spoils of war - as it were.

Significant, though, is that a slave was accorded freedom during his or her lifetime and even went on to rise in social stature in some documented cases.

This, we should note, is a far cry from the brutality of chattel slavery instituted by governments of Europe. I can safely say that Africans were unaware of this level of humanity.

More important, Africans did resist the incursions of European slavers. This part of the equation is never mentioned. One of the highlights of this resistance was the 30-year war that Queen Nzinga (1583-1663) successfully waged against the ever-expanding commercial exploits of the Portuguese in Central Africa.

A warrior and diplomat, she was monarch of the Mbundu people (present-day Angola) and deserves mention every time an accusation of black involvement in slave trafficking to Europeans is mentioned. History deserves that much.

And there were other fighters, albeit, not as illustrious, that valiantly held their ground against the European slaver.

Sadly, this is never on the tongues of boys and girls, in particular, those who are left taciturn and defenseless when the 'blacks sold each other' mantra is thrown in their faces.

Interestingly, guilt or self-loathing for perceived complicity has not weighed down other victimised groups. Case in point: While there is ample documentation of Jewish complicity (marginal as it was) during the Holocaust, blame is squarely placed where it deservedly belongs.

The collaborative role of Judenraete (Jewish councils in occupied territories) and even the presence of Jewish officers in Hitler's army are never an integral part of the narrative when discussing the Holocaust. And little do we hear of Finnish Jews who fought alongside Germans during that period.

But the ghosts of slavery have always evoked a dizzying blend of emotions - anger, guilt, helplessness, frustration, overcompensation, sublimation, and more. This has every bit to do with a deliberate effort to misinform, deceive, and manipulate information over time.

When we internalise myths and half-truths aimed at blaming the victim, in this case, our ancestors, a host of psychological problems emerge. We eventually act out, actualising these emotions in counterproductive ways.

Children, the most impressionable among us, must be safeguarded from painful imagery that reeks of falsehood.

In a book I recently reviewed, the author mentioned a game called Lashing, played by young slaves, that involved participants competing to find a whip. The 'lucky' winner will then chase the others to flog them.

RING AROUND THE ROSIE EXPLAINED

In another dark historical setting, children during the London Plague of 1665 acted out somatically and lyrically the desperate conditions in which they lived. The game Ring around the Rosie was so born.

Here is the interpretation of the rhyme:

Ring around the rosie, (Refers to the rosie-red (or purplish) round rash marks on the skin - one of the first signs a person had the plague.)

A pocket full of posies; (One of the superstitious ways used by people in the Middle Ages to try and fend off the plague was to stuff their pockets with 'posies' flowers.)

Atischoo, atischoo, (Sneezing was also an early sign of the plague if it was a pneumonic plague; however, not all types of plague involved sneezing.) or,

We all fall down. (Most of the people stricken with the plague died.)

In the split world of the oppressed there is little room for the nuanced, especially among children. There is but good and evil, nothing more. Oppression is acted out when an overabundance of this pain is experienced. This takes many forms, depending on the circumstances.

To cause another to bear the responsibility after being victimised is manipulative and twisted, leaving the oppressed person confused, angry, and resentful.

When digested, these emotions lead to self-loathing and loathing of the group to which the individual belongs.

If there is one case that proves this to be true, look no further than the views of black Israelites groups that use biblical verses to somehow corroborate the 'blacks sold each other' mantra.

The last thing we need is more division in a house already divided.

- Dr Glenville Ashby is an award-winning author. His latest book, 'In Search of Truth: A Course in Spiritual Psychology,' is available at Amazon. Feedback: glenvilleashby@gmail.com or follow him on Twitter@glenvilleashby.