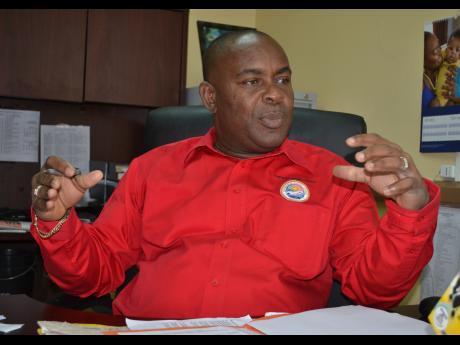 Mayor of Portmore Leon Thomas said despite repeated efforts by the municipal corporation to get the National Solid Waste Management Authority (NSWMA) to deal with garbage collection problems in the municipality, the service has shown no sign of improvement.

He repeated his call for social waste management in the municipality to be removed from the NSWMA and given to the corporation.

“I will extend my campaign to have the services given to the municipal [corporation] by seeking audience with the central government to discuss the issue. We know that we can do a better job serving the residents and it would be a wise decision for us to take charge of solid waste disposal in our space,” Thomas told The Gleaner.

Thomas said the corporation wants to control solid waste management in the municipality as it seeks to tap into economic benefits.

According to him, the NSWMA has not shown that it has the capacity to transform some solid waste in to more environmentally friendly solutions that could also be economically beneficial to the country.

“We at the municipal [corporation] have partners ready to expand the services to include not only garbage collection but to transform some of our solid waste to economically viable projects,” the portmore mayor said.

“The Portmore Municipal [Corporation] could be used as the pilot project to change the dynamics of solid waste management since we have various interests ready to come on board to take the service to another level,” he declared.

Thomas said that he will be meeting with other mayors to discuss the issue with the hope of selling the idea of transforming solid waste management into an economically viable and environmentally friendly endeavour for municipal corporations.