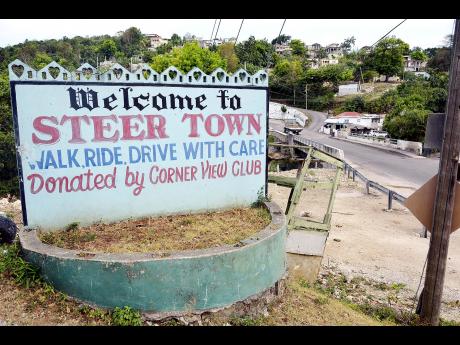 Lionel Rookwood
The entrance to the Steer Town community in St Ann. 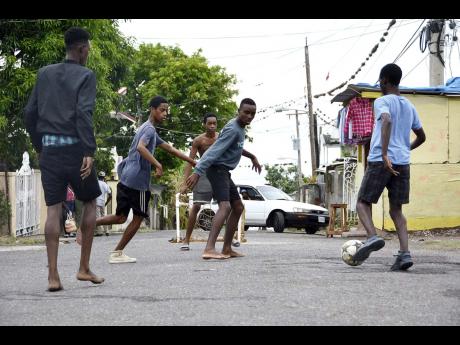 Lionel Rookwood
These boys from Dam Head, Steer Town, St Ann, play a game of football in their community.
1
2

Residents of Steer Town, St Ann, are hanging on to a ray of hope as there have been no gang-related incidents in the area for months. The community is slowly returning to a level of normality.

According to the residents, shooting incidents and other acts of violence have been on a lull in sections of the community known as Green Bay and Dam Head, which up to a year ago had gangsters clashing in a deadly rivalry.

"The soldiers and the interventions are working; and the counsellor has been trying her best," said Steven Lewu*, a taxi operator from Green Bay, where men at a barbershop cheered on their favourite World Cup teams peacefully last Tuesday.

"Plus, the police dem, dem tek out most of the violence producers, some of dem ran away, too," added Lewu.

He claimed that a football competition established by Genevor Gordon-Bailey, councillor for the Lime Hall division, has been a major factor behind the peace.

"I grew up in the Steer Town area, and what happened when the crime started was that it divided the area, and every area started to blame the other area," said Gordon-Bailey of the rivalries that residents claimed started a long time ago with most persons not aware of the initial reasons for the clashes.

"People from Dam Head could not cross the street. Hollywood, Green Bay ... and then everybody start to blame each area," said Gordon-Bailey.

She said the Steer Town community centre was cleared, spruced up and jerseys made for the 18 teams which entered the competition last year.

This year, the competition enjoyed an even more spirited turnout with teams from a number of the community which were at odds.

"What they are doing now is that each area is watching the other area to see what happens. But we are confident, and we know that the guys will maintain the peace," declared Gordon-Bailey.

Senior members of the community having a drink in Harvey's Bar in Steer Town last Tuesday shared Gordon-Bailey's hope for peace.