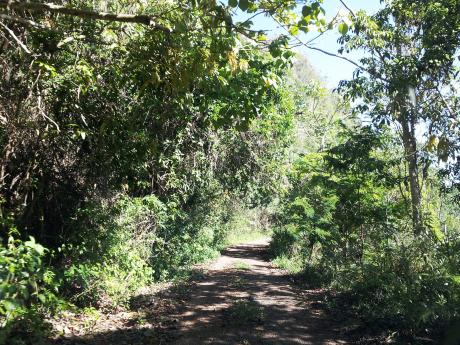 THE FORESTRY Department has confirmed that the field work for the delimitation of the boundary for the Cockpit Country - an area that has long inspired debate over its protection, fuelled by its ecological and historical value - has started.

After years of lobby and deliberations involving environmental groups and other stakeholders, Prime Minister Andrew Holness last November announced a boundary for the Cockpit Country.

He indicated at the time that "a detailed description of the boundary of the Cockpit Country and the Cockpit Country Protected Area, as recognised by the State, will be provided by the Forestry Department after consultations with the relevant public sector agencies and the necessary ground truthing - a term used in various fields to refer to information provided by direct observation as opposed to information provided by reference, has been undertaken".

According to the Forestry Department, that work has now begun.

"The work started at the beginning of the financial year ... in the eastern side of the Cockpit Country," Rainee Oliphant, senior legal officer and head of the Legal and Enforcement Division, told The Gleaner.

Funding is being provided, she said, under the European Union-supported Budgetary Support Programme, but would give no indication as to the cost of the work that is to be completed, reportedly, over two years.

Oliphant gave no details of the composition of the ground truth team when contacted this week. However, Alicia Edwards, manager of forest resource information management, had explained earlier this year that they would require "a diverse, qualified team of surveyors and a commissioned land surveyor".

Edwards had also explained at the time what the public could expect from the process.

"We would mark it until we have completed the legally identified boundary that would be referred to as the Cockpit Country boundary from a legal perspective," she added.