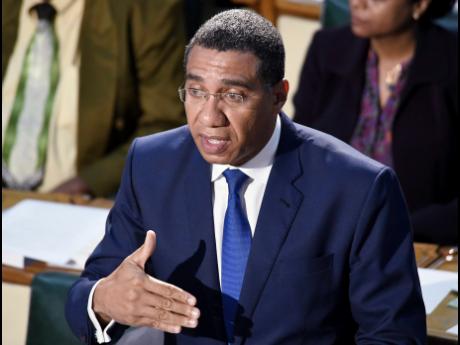 Holness, who was giving the keynote address on Monday's first day of the Local Government Ministry's inaugural three-day Local Governance Conference in Montego Bay, St James, said the training of community persons is essential in responding to disasters.

"There is nothing more powerful than training communities to respond to disasters. We've been doing it all along, but with the intensity and frequency of the disasters that happen, it would help to have locally based, trained first responders," said Holness.

"If we had this capacity in communities, then there could be safer responses. I implore the local authorities, especially now in the summer, to institute programmes where you can train local responders."

The prime minister also noted that the local government authorities have a role in preparing their constituents for the possible dangers that come with natural disasters in their communities.

"Local government has a lot to do with preparing the minds of the citizens as it relates to natural disasters, such as getting people to not live on gully courses and riverbanks," Holness said. "No matter how the Government puts out its national campaign, there's nothing more powerful than the councillor sitting down with his voters and explaining to them the dangers that they face and having locally structured programmes to facilitate their movement."

Last November, torrential rains triggered flooding in sections of Montego Bay, which resulted in residents being trapped in their homes and having to be rescued by brave individuals who risked their lives to save them.