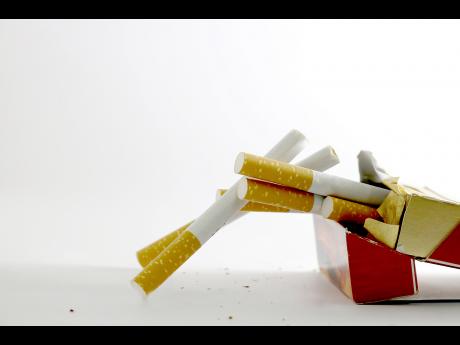 A wide cross-section of crime fighting stakeholders, including Minister of National Security Dr Horace Chang, representatives of Jamaica Customs, and international partners, will meet in New Kingston tomorrow for a major conference on the illicit trade in cigarettes.

The trade is estimated to be depriving governments, particularly in poor and middle-income countries, of an estimated US$40 billion annually in taxes.

In Jamaica the illicit trade is estimated to result in revenue losses of some $5 billion annually to the government.

It is against that backdrop that Carreras Limited is staging the conference to explore solutions to the problem.

The conference will focus on the trafficking in illicit goods and counterfeit, crime prevention and risk management, coordinated border management and public-private co-operation, training and consulting in the global context of supply chains and logistics systems.

According to the organisers they have embraced the idea that the collaborative power of partnerships can achieve far more than would be possible by any single organisation or sector.

They are confident that the conference will create useful synergies between stakeholders and the fight against crime.

Carreras’ parent company British American Tobacco says the trade in fake cigarettes is exposing consumers to many times the level of tar and carbon monoxide found in genuine cigarettes and have been found to contain insects and human faeces.

Studies by Bloomberg Philanthropies and the Bill and Melinda Gates Foundation, if the global illicit trade was eliminated, governments would gain at least US$31 billion immediately.

They estimate that 11.6 per cent of the global trade is illegal and run by organised criminal networks involved in other forms of serious crimes including gun running, counterfeit currency and narcotics.

Fixing Falmouth - Chang dismisses claims that Jamaicans are being left out of the developments
‘Gate crash’ - Gated communities have long wait for legislation to force residents to pay maintenance fees
Sloppy with bridges - Poor maintenance blamed for damage which left communities cut off
Gov't to relocate some squatters from overcrowded settlements
NO THREAT! - JLP not fazed by PNP’s change of leader