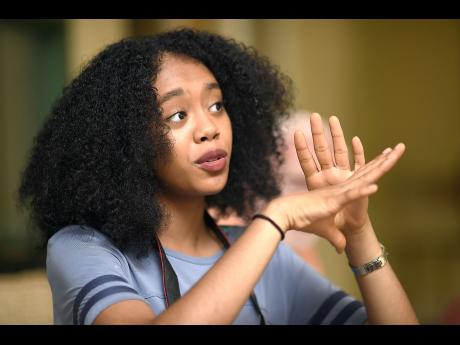 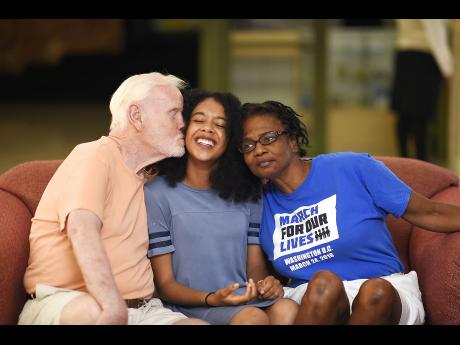 It's been five months since 17 people were shot dead, and another 17 injured in one of America's deadliest mass school shootings in recent times. One of the survivors, Samantha Grady, who was shot twice during the incident, still looks for the alternative exit whenever she walks into a room.

The 17-year-old, whose mother is from Thornton, St Elizabeth, was doing an assignment in her holocaust class at the Marjory Stoneman Douglas High School in Parkland, Florida, on the afternoon of February 14, when she heard gunfire.

"I have never really heard gunshots in real life before, so I was just sitting there processing. I didn't really move [from my seat], but my friend behind me touched my shoulder and said, 'Sam', and that's when I was like let me move," said Samantha, who was on vacation in Jamaica with her parents last week.

In a sit-down with The Sunday Gleaner last week, Samantha shared her memories of what she described as "a terrifying experience".

She said after hearing the gunfire, she and about 10 fellow students went to a corner of the classroom, where they crouched behind a bookshelf as they attempted to hide. Two boys also pushed a file cabinet into the corner, in an effort to shield them.

Moments later, the shooter, former student, 19-year-old Nikolas Cruz, pointed an AR-15 rifle through a window in the classroom and opened fire.

Six students were hit, two fatally, including 17-year-old Helena Ramsay, who was Samantha's best friend and whose mother is also a Jamaican.

Samantha, who is an 'A' student and a devout Seventh-day Adventist, was hit in the back and chest.

"When I crouched, it was really strange, but I believe that it was a message from God, saying I'm not going to die, and it was a very distinct fact which calmed me down, and helped me to handle what was happening around me.

"I required fourteen staples on my back and one staple on my chest. The bullet grazed my back, it was kind of deep and the other one ricochet into my chest. I still have fragments in my chest but they are tiny," said Samantha.

The incident renewed conversations on gun control in the US and sparked a debate on whether schoolteachers should be armed.

"They were actually thinking about that at my school, which I wouldn't feel comfortable [with]. If my English teacher had a gun, I would be staring at the gun the whole time. I would be terrified because accidents [do happen].

"It wouldn't be conducive to a safe environment for me to learn, even if they were trained; it's still not a comfortable situation to be in," said Samantha.

Samantha, who goes back to Marjory Stoneman Douglas High School to finish her final year, wants to become a paediatrician.

She's a singer and plays the viola in an orchestra. She now suffers from post-traumatic stress disorder) and is in therapy.

Samantha's father, Jim, says he is also in therapy with his daughter as they try to get through the tragic ordeal as a family.

"It was the absolute worst day of my life. I love her like I have never loved anybody in my life, she is the perfect daughter.

"We are so blessed that she's still around. We take a whole different view on life now. Everybody is important, everybody is precious, and when you have problems with people, it's nothing, it's foolishness, get over it.

"Make friends with your enemies, because we are only here for a short time, we are all going to die, so while you are here make the best of it," said Jim.

Samantha's mother, Sally, is convinced that it was prayer that saved her daughter.

"We believe in morning and evening worship, and sometimes she runs a little late, but I say once you have worship, you can never be late. So we had worship that morning and she prayed, and I prayed and asked God to put a hedge of protection around her," said Sally.

Cruz is in custody awaiting trial and will face the death penalty if convicted.