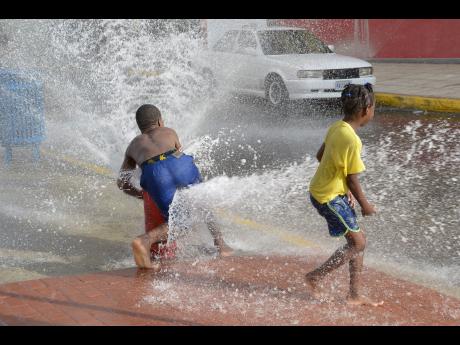 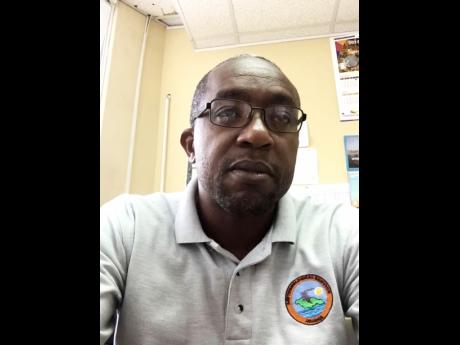 WITH NO relief from the sweltering heat expected over the next few weeks and a drought watch still in place for sections of the island, Jamaicans are advised to stay indoors as much as is possible, conserve on water, and, yes, pray for rain.

"We did an assessment and eastern parishes, in terms of temperature values, have increased by a degree Celsius or a degree and half above what the temperatures were last year at this time," explained Glenroy Brown, climate service specialist at the Met Office.

At the same time, he said that there has been a deficit of rainfall in sections of the island, and, in particular Portland, St Catherine and Clarendon, for which a drought watch has been issued.

"Over the past two months or so, we realised that some areas were experiencing a deficit and this deficit is considered to be significant, especially in areas like Portland where it is up to 70 per cent," he noted.

"When you see one of our wettest parishes fall into a deficit of 70 per cent, it is significant. That, combined with a period of about four weeks of higher than normal temperatures, combined with stronger than normal wind, leaves the environment in a drought condition and our computer models, all the way to September, are now indicating that we need a big rainmaker to offset this deficit," Brown added.

The situation, he explained, is further complicated by the Sahara Dust, which is picked up from the deserts of Africa and blown across the Atlantic Ocean each year.

"When this Sahara Dust reaches the Caribbean, the impacts are two-fold. One is it reduces the rainfall amount you would normally get. Secondly, it increases your outside temperatures significantly. And the Sahara Dust is greater this year than what it was last year," Brown noted.

The reality is such that Jamaicans must brace for impact.

"We as Jamaicans have to brace for increased temperatures. Persons need to conserve on water and those who have to work outside, should try to avoid that period between 10 a.m. and 3 p.m. when the sun is directly overhead," he advised.

On the start of the rainy season in a month's time, he said the concern is that the island is not projected to receive above normal rainfall, which would mean remaining in a deficit until at least next year.

"The good thing about it is that, generally, our primary rainy season starts in September so we should see it towards the end of August or even before. But the concern is that even with the projections, when we get the rain, we are not going to get way above (the normal levels) to take us out of the deficit," Brown said.

"If we don't get the (above normal) amount of rainfall, we would have already been in a deficit from May and so when we slip back into the dry season in December to March, then we are really going to have some problems," he noted.

"We need a big rainmaker like a tropical depression that will be across us for a couple of days to take us out of this. So we need the rain, but we don't need to pray for a storm because then there are other implications," Brown said further.