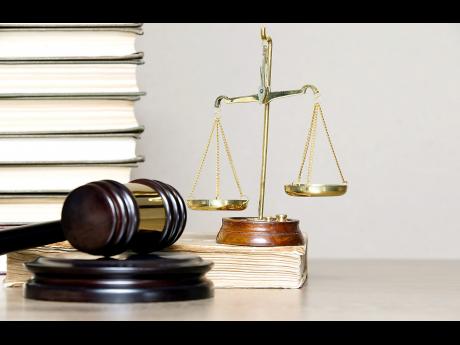 Three years after he lost his right hand during an incident at a quarry where he worked in Yallahs, St Thomas, Gregory Gilchrist has been awarded almost $75 million by the Supreme Court.

"Me feel good that me ah go get some money as me deh yah a suffer right now. Mi tired and hungry and me have three pickney fi mind and me caan help none of them. Me have to get something out of this because me can't just live so," Gilchrist told The Sunday Gleaner after the court handed down a default judgment last week.

"Nobody nah employ me. A two or three inches off the shoulder the hand gone and everywhere me go, nobody no want to give me no work," added Gilchrist.

The court was told that on September 28, 2015, Gilchrist was working on a machine at Norman Murray's Quarry in Yallahs when, based on the advice of his employer, he attempted to use a stick to remove stones which had become stuck in it.

While cleaning the machine, Gilchrist's shirt became stuck in the belt which pulled his right arm in and crushed it. He was taken to seek medical attention which culminated in the arm being amputated.

In his judgment, Supreme Court judge Justice Evan Brown awarded Gilchrist $16.4 million in general damages with interest of three per cent per annum from August 2017 to July 24, 2018.

Brown also awarded Gilchrist $197,500 for special damages with interest of three per cent per annum from the date of the accident until the date the judgment was handed down, $780,000 for loss of income, $4 million for handicap on the labour market, and approximately $50 million for future medical care.

The operator of the quarry, Norman Murray, was not present or represented in court but attorney-at-law Jason Jones, who represented Gilchrist, said that he will be seeking to have the matter finalised and his client compensated as soon as possible.

Jones noted that the majority of the $75 million was for future medical care as Gilchrist will need a prosthetic hand, which will have to be changed every couple of years, and this will be very expensive.

"The judge's ruling was a fair one when all the factors are taken into consideration. Mr Gilchrist has lost income and it has affected him physically and mentally, he was diagnosed with PTSD (post-traumatic stress disorder)," said Jones.