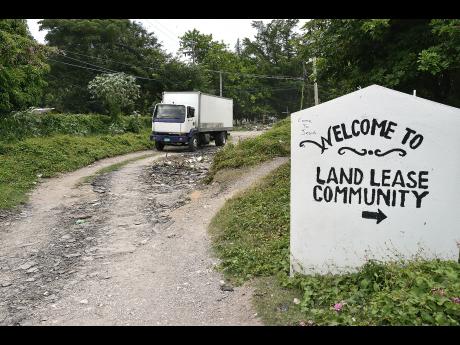 Ian Allen
The deplorable road leading to Hope Estates in Papine where a number of schools for challenged children are located. 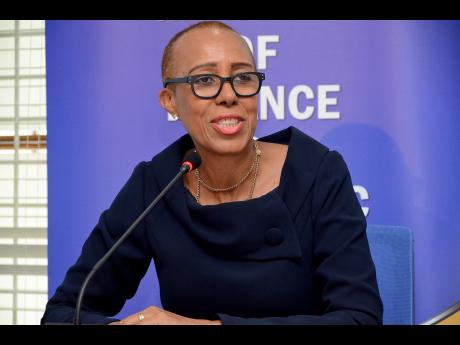 School administrators of special-needs institutions in Hope Estate, Papine, are hoping that the deplorable roads leading to the schools will be one less thing to worry about when the new academic year begins.

The road is almost impassable when it rains and the state-provided buses for children with disabilities have, in recent times, refused to traverse the corridor, resulting in physically challenged students having to orchestrate various plans to get from the drop-off point to school.

It was a rather bumpy ride for The Sunday Gleaner team when we visited the area last Tuesday, and vice-principal for the Lister Mair/Gilby High School for the Deaf, Michele Wisdom, said that has been the case for the 22 years she has been at the institution.

"It's a real issue and we have spoken about this on a number of occasions. We have had ministers come, members of parliament come, we have discussed it with them and they have promised to fix this issue," said Wisdom.

"The best that we have had is gravel spread on the road and by the time the rain comes, it washes away, so we constantly have potholes," she added.

With the hurricane season, which ends in November, now in full swing, Wisdom is concerned for her students who, she said, often complain about the challenges being posed by the roadway.

"We have students who are physically disabled and have to use walkers and so on, so it's really hard," said Wisdom.

"The students are always complaining about it and always saying it is not fair, and when is it going to be fixed?" she added.

Her school is one of five special-needs institution in Hope Estate. The others are the Danny Williams School for the Deaf, the Carberry Court Special School, the McCam Centre for Child Development, and the Jamaica Association for the Deaf preschool. The area is also home to the National Children's Home and the Papine High School.

"When the rainy season starts up here, which is like September, it is terrible because the rain falls like every single day. Sometimes we have some really, really heavy showers, so that the children are trapped at school for maybe like an hour after school, two hours after school before they can get out," said Wisdom.

With so many children living or attending school in the general area, there are concerns that there would not be any way to get the children out of the community in the case of an emergency following a heavy downpour.

"In the rainy season, you see all the potholes come in and you have the children walking, and I am always saying, if there is an emergency and we have to rush the children out, we can't rush because the roads are not paved," said one member of the Hope Estate Educational Partners (HEEP), who asked not to be named.

"The bus stops here and the children walk, so one pushing the other in the wheelchair on the rocky road coming down.

"They need to repave the road. I think somebody needs to really look at the area, engineer it because it is a waterway. The water naturally travels down and guts the road. You need a channel for all the water," she added.

The school administrators who spoke to The Sunday Gleaner said that for the first time in a long while, they are optimistic as Member of Parliament Fayval Williams has visited the area and Miss Jamaica Universe Davina Bennett has been advocating on their behalf.

"Minister Fayval Williams, she promised to fix the roads, so we are going to hold her to her promise," said the HEEP official.

"I have been here for 10 years and she is one of those that I have seen is making an effort," she said.

Wisdom has made a similar observation.

"The minister came and she said she has it on her list of priorities to deal with, and we want to believe her because she has been such a help to us in the last couple of months especially," said Wisdom.