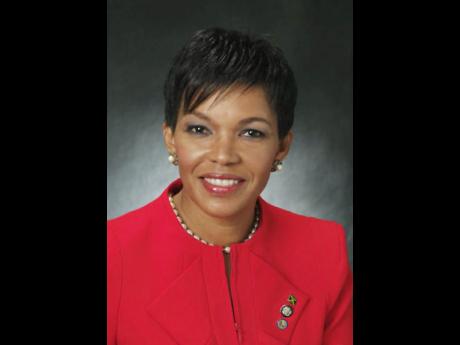 DC World Reggae Festival, an Embassy of Jamaica-endorsed event, will have its inaugural staging on August 19, 2018 featuring Jamaican artistes such as Shabba Ranks, Chronixx, Toots and The Maytals, Kes the Band, Raging Fyah, Rupee, Jah Works, and Ras Slick.

The musical feast will debut at RFK Stadium in North East Washington, DC. It is one of the main events being organised in the Washington metropolitan area to celebrate the 56th anniversary of independent Jamaica, the birthplace of reggae music.

Welcoming World Reggae Festival's executive producer Omar Stephenson and his team to the Embassy of Jamaica on Friday, July 27, Jamaica's Ambassador to the United States, Audrey Marks, commended the group for conceptualising the festival.

She described the initiative as a great way to promote Jamaica as a country, as well as its music and culture. "If you think about it, we are all ambassadors of our country - especially its culture - which has so influenced the world stage that people are constantly amazed at our geographic size," she said.

The ambassador emphasised as well that it was time for Jamaicans living in the diaspora to monetise the country's culture, food, music and dance. "Our music - like reggae and dancehall - even our movie-making has potential," said Marks.

She stressed that it was time to use the creative industry to transform Jamaica's unique resiliency, creativity and commitment to turn the best of the culture into real economic opportunities, given that Brand Jamaica is globally recognised.

The Jamaican diplomat further remarked that the key to harnessing our creative industry was an active collaboration between connected members of the diaspora and talented local creative industry community, by organising more concerts like DC World Reggae Festival.

Stephenson, in giving an overview of the initiative, noted how it grew out of four years of organising Caribbean Live at the Howard Theatre in Washington, DC. He pointed out that the festival will not only cater to Jamaicans, but everyone, including Caribbean, African and urban audiences, and that it aims to use music to promote diversity and unity throughout the diaspora.