Religion & Culture | Voodoo, not Christianity, was the slaves’ best friend 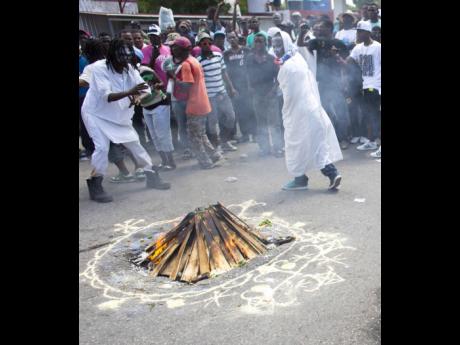 AP
In this June 2016 photo, Haitians take part in a voodoo ceremony in Port-au-Prince, Haiti. 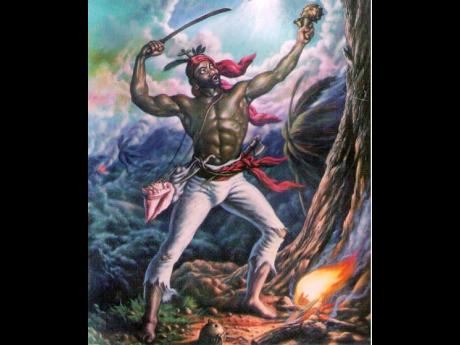 Contributed
Boukman of Haiti was a revolutionary leader and voodoo priest.
1
2

Christian leader Pat Robertson insulted our ancestors when he blamed the 2010 Haitian earthquake on voodoo. Not a single black pastor responded. Shameful.

Psychologists, sociologists, historians and students of slavery in the Americas must add Fred Kennedy's Daddy Sharpe to their library.

Kennedy's well-researched work, while celebrating the accomplishments and influence of this lettered slave, may have opened a contentious discourse on the far-reaching implications of Christian thought on the psyche of slaves.

That Christianity served as an opiate, a transcendental indulgence that stifled the thrust for freedom is not a far-fetched assertion. My review of Daddy Sharpe (The Gleaner, July 25, 2018) invites this discussion.

Sharpe's Christian overreach is telling: "I, a wretched slave who is very shortly to be condemned to death, exhort you to listen to my pleas ... I know that the Lord will change our condition because He is a just God. I have told my fellow slaves to be of good courage for He will strengthen their hearts, all those who hope in the Lord ... I do solemnly swear that it was no intention of mine to incite others to murder or to the use of force against man ... I appealed to my fellow slaves, and will continue to do so if the occasion should every present itself, to use the capacity of reason, to show our masters the injustice of forced labour by peacefully withdrawing our services."

Sharpe was hardly alone in his romance with Christianity. From the bosom of other slaves came:

"When you are covered with the

When you are covered with his

Jesus is your Saviour

We are not going to win the battle

Unless we are fully covered with His

We will be slaves no more,

Since Christ has made us free,

He has nailed our tyrants to the cross

And brought our liberty

Jesus is our second Moses."

Others were rational, though, including Daddy Sharpe's girlfriend. Her words proved prophetic:

"Too much reading of the Bible confuse up yuh head. If you continue with de preaching, dem gwine beat you and lock you up.

"Why man so fool-fool I would nebba know in me whole lifetime. Dem gwine shoot you dung before you can do dat. You mus get some sense inna yuh head. You was tempting fate. Why de Lord choose fi we to live in disya hell?"

Interestingly, sustained revolts and liberation were engineered by slave who rejected Christianity's claptrap.

The resistance and triumph of the Maroons was only capped by the overwhelming slave revolt in Haiti that saw the first liberated black nation, demonstrating in both cases, the unifying power of Afrocentric religions. For sure, oppression had triggered a robust response setting off resistance in lands near and fear.

On the other hand, Christianity encouraged pacifism and non-violent resistance, at best, and created the perfect serum for intellectual, political and 'military' disarmament, the likes of which persist today.

Slaves were held captive not only by the overseers' whip but by a cleverly crafted doctrine that offered nothing more than vacuous promises.

(Dr Eric Williams rightly argued in his Capitalism and Slavery, manumission had more to do with economics than the abolition movement).

Voodoo, on the other hand, was an effective force for liberation. The following supports this thesis:

"Both a sacred dance and religion, Voodoo was expressively forbidden in the French colonies, and from the very beginning, colonists tried in vain to crush it. During European colonisation and the Haitian Revolution, voodoo played a singular role for slaves.

"As a religion and a vital spiritual force, it was a source of psychological liberation in that it enabled them to express and reaffirm that self existence they objectively recognised through their own labour ... ."

Voodoo further enabled the slaves to break away psychologically from the very real and concrete chains of slavery and to see themselves as independent beings; in short, it gave them a sense of human dignity and enable them to survive (History of Haiti: 1492-1805).

With this in mind, the outrageous assault on voodoo by Christian pastor Pat Robertson should have been resolutely and openly denounced by black leaders the world over. Robertson's hateful statement after the 2010 earthquake that devastated Haiti is nothing short of Christian bigotry that continues to divide and miseducate our people.

Robertson spewed, "The Haitians were under the heel of the French. You know, Napoleon III and whatever, and they got together and swore a pact to the devil. They said, 'We will serve you if you will get us free from the French.' True story. And so, the devil said, 'OK, it's a deal'."

Not unlike Haiti's insurrectionists, the Coromantes (Maroons of Jamaica) were moved to revolt, never falling prey to the allure of Christian salvation.

The religion of the Maroons speaks volumes: They worshipped a god they called Nyancompong or Yankipon and believed that the spirits of their ancestors were all around them and could be called upon for guidance and protection at any time. They would also stage special ceremonies and feasts to honour their dead (https://jis.gov.jm/information/get-the-facts/the-maroon-lifestyle/).

Again, while Afrocentric slaves struck terror in the hearts of the oppressor, other slaves - well conditioned by massa - embraced a teaching that had no basis in reality.

While we can argue that negro

spirituals and the black church played a pivotal role in the civil rights struggles in the Americas, we can also unreservedly argue that such a period would have never happened if Christianity did not kill the will of a people to fight centuries earlier.

The ghosts of Mackandal, Boukman and Cudjoe would find no argument here.

- Dr Ashby is the award-winning author of 'Anam Cara: Your Soul Friend and Bridge to Enlightenment and Creativity'. Email feedback to glenvilleashby@gmail.com or follow him on Twitter@glenvilleashby.