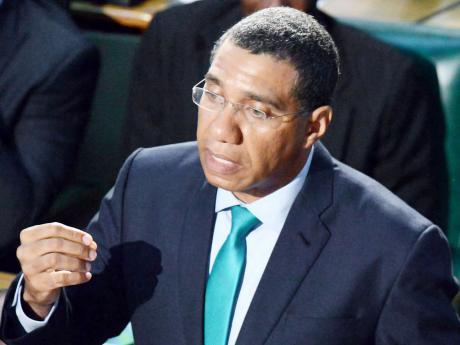 Prime Minister Andrew Holness has strongly defended the Government’s stewardship of the economy, declaring that all the fundamentals are correct with everything pointing in the right direction.

Holness also warned that those who are betting against the Jamaican dollar will fail.

He who was speaking at a Jamaica Labour Party rally in Portmore, St Catherine last night to present educator Robert Miller as the party’s candidate for the St Catherine South Eastern constituency in the next general election.

"If we look at the economy today, everything that you would want happening in an economy is happening right here in Jamaica," stated Holness, as he added that interest rates, inflation, unemployment, and poverty are at historically low levels.

"It is amazing that with everything pointing in the right direction, we are seeing the rate of the US dollar rising.

Declaring that the government's foreign exchange policy is one of flexibility, the prime minister said that the economic policy of the Government will not change because what goes up, must come down.

He was making reference to the ongoing decline in the value of the local currency against the US dollar.

Touting the almost US$3 billion in the net foreign exchange reserves as the highest in recent times, Holness said his administration is paying attention to trends in the market and is building on the reserve so that Jamaica can withstand any shock.