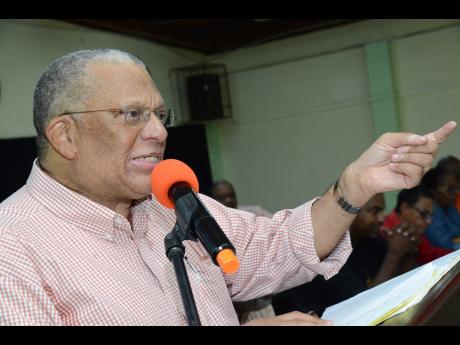 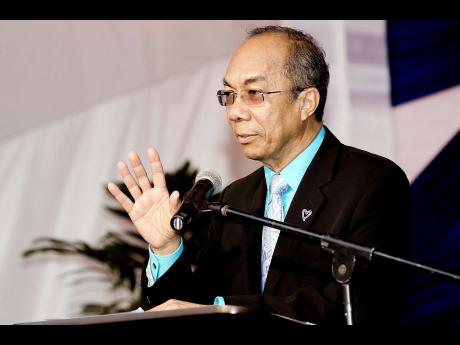 There is still more than two years to go before the next general election is due, but already the two major political parties have signalled that St Catherine, with its 11 seats up for grabs, will be one of the main battlegrounds.

The Jamaica Labour Party (JLP) now controls six of the St Catherine seats and its general secretary, Dr Horace Chang, last Sunday signalled that the party is pulling out all the stops to wrest South East St Catherine constituency from the People's National Party (PNP).

Speaking at a rally held at the Southborough Primary School in the constituency to present educator Robert 'Big Rob' Miller as the party's standard-bearer in the next general election, Chang said the JLP has taken note of the diminishing support for sitting Member of Parliament Collin Fagon and is ready to put the seat in the JLP column.

"We have seen where the seat that was won by some 5,000 votes by the PNP the first time around has diminished to less than 300 (528) in the last election," said Chang as he argued that if the JLP had gone all out, it would have won the seat.

"Whether the election is called in one year, two year or three, we can only lose if we go out there and lose it. The PNP has no massive organisational structure, all they know to do is juggle and put taxpayers' money aside to run election," added Chang.

For his part, Miller declared that he is ready to make a big difference as the party's caretaker in the constituency.

"I grew up in this constituency and was educated here. Not much has changed after decades of misrepresentation, so I was humbled when the party leader placed his confidence in me to be the standard-bearer for the JLP here," said Miller, who is a past student of the Bridgeport High School, located in the constituency.

The JLP last won the seat in 1983 when the seat was uncontested, and the incumbent Kingsley Sangster was elected unopposed.

For its part, the PNP is targeting North East and South Western St Catherine as the two seats it plans to take from the JLP.

Attorney-at-law Owest Senior-Smith will be the party's new representative in North East St Catherine, which is held by the JLP's Leslie Campbell, while businessman Rudyard Meres will make another attempt at unseating Everald Warmington in the South Western St Catherine constituency.

The two were introduced to Comrades last Sunday at PNP meetings in Riversdale and Old Harbour, respectively.

PNP President Dr Peter Phillips told his cheering supporters that he is confident that Senior-Smith will be successful in bringing victory for the PNP.

"I believe that [the] time [has] come for the PNP to take back North East St Catherine. I believe that with more work, Phyillis Mitchell should have won. This will now change with Oswest Senior-Smith," said Phillips.

Senior-Smith also expressed confidence of victory, declaring that he is ready to lift the living standard of the constituency.

"I have seen the plight of the residents - bad roads, lack of water, lack of employment, lack of training for the youth and a general drift from the community.

"I will be working to improve those basic conditions and continue to work and build the constituency," said Senior-Smith.