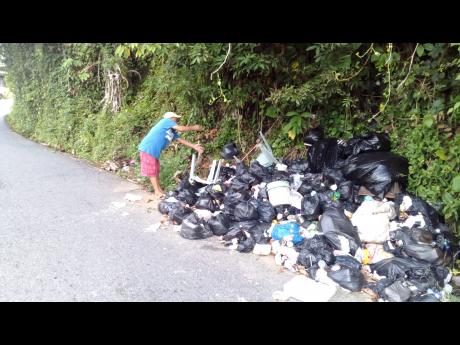 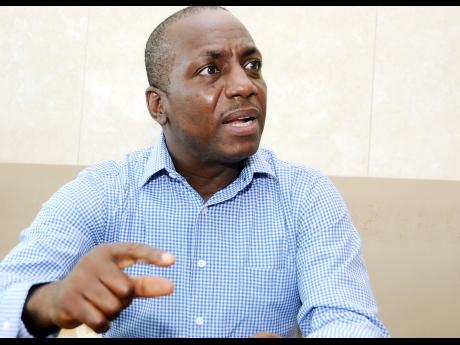 The National Solid Waste Management Authority (NSWMA) is assuring residents of Port Antonio and surrounding communities in Portland that a garbage pile-up in their communities is being addressed.

Executive Director of the NSWMA Audley Gordon says that problems with trucks affected its ability to collect the garbage in some areas in east Portland in recent weeks, but that that has been addressed.

"Last Thursday, we cleaned one of the worst affected communities, Breastworks, and two others, and we will be continuing," Gordon told The Sunday Gleaner.

"We have two compactors working in Port Antonio, but the problem in that town is that the vendors and businesses do not containerise their garbage, so even when we clean the town every day, it does not look good.

"We have met with the business people and the political representatives to urge them to properly package their garbage because they cannot continue just dumping it anywhere in the town," added Gordon.

Last week, several residents of at least seven communities in east Portland complained that three weeks of uncollected solid waste had resulted in a pile-up of garbage, causing an unbearable stench and the infestation of rodents.

They noted that the situation worsened dramatically following two nights of torrential rainfall last week, which washed the garbage into gullies, rivers, and drains.

"It is now way out of hand," complained Paul Thompson, mayor of Port Antonio.

"Just about every community in east Portland is affected by uncollected garbage. I, too, was exposed to stench, flies, and other pests at my gate, where waste was piling up. I have since learnt that the NSWMA is experiencing a shortage of resources. But despite that, alternative arrangement have to be made to alleviate this crisis," he added.

Member of Parliament for East Portland Dr Lynvale Bloomfield also called on the NSWMA to address what he described as the chronic situation.

"It is so bad that it can't get any worse," said Bloomfield.

"Whether the trucks have developed mechanical problems or the workload is too overwhelming, there needs to be alternative arrangements, where the NSWMA gets private contractors to remove garbage from those communities where rats, roaches, and pests have surfaced.

"I have personally visited those communities, and from my observation, the uncollected garbage poses serious health risk for residents," Bloomfield concluded.