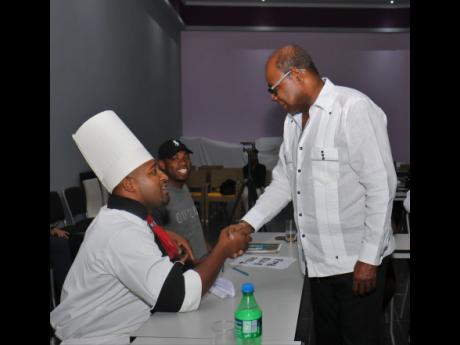 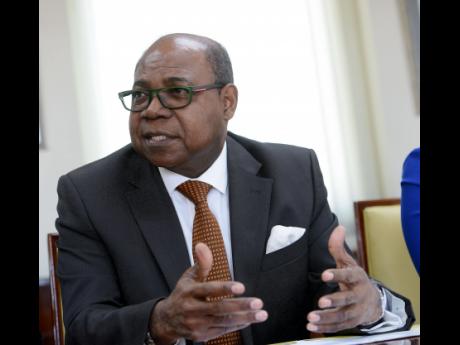 Minister of Tourism Edmund Bartlett says Jamaica's language training arrangements for tourism workers is not only crucial to the island's multi-destination arrangements with neighbouring countries, but must act as a catalyst to enable Jamaicans to command higher remuneration.

The three-hour training session, an introduction to Spanish, was organised by the Spanish Embassy for staff attached to RIU.

The tourism minister said such a formula was "central to creating equity" within the sector, especially as Jamaica seeks to build multi-destination tourism arrangements with countries like Cuba, Mexico and the Dominican Republic.

He argued that, "equity", a word often repeated by workers in the industry, "can only be achieved if equal opportunities are provided for all".

Bartlett told the RIU workers that the Government wanted to change the entire labour market arrangements in Jamaica as it relates to the tourism sector, but to do so capacity has to be built.

"We have to train our people, certify them, take them to the highest levels of their professional capabilities, so that they can demand and command the highest return for their labour and their services. And so, this is part of that."

Bartlett said come September, the first cadre of 650 students from 33 high schools across the island will commence a two-year certification programme, which will see them as certified hospitality workers, allowing them direct access on completion.

Other courses being pursed under the new Jamaica Centre for Tourism Innovation (JCTI) includes French, Chinese and German, but Bartlett said Spanish is particularly important as Jamaica sits in the middle of the Latin space.

RIU's director of sales and marketing, Niurka Garcia-Linton, said she was delighted to have the opportunity to host the project and become the initial training group, "which will result in improving our abilities of providing even better services to our Spanish-speaking clients".

Spanish Ambassador Josep Maria Bosch, who was also present at the training session, applauded the effort of Bartlett and thanked the team for the seamless collaboration.