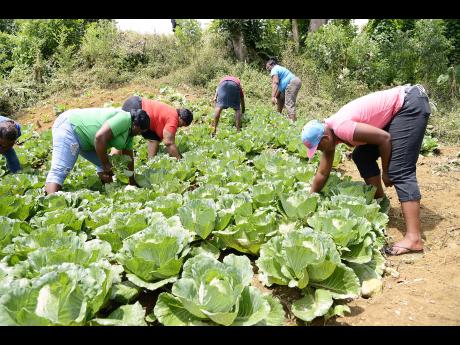 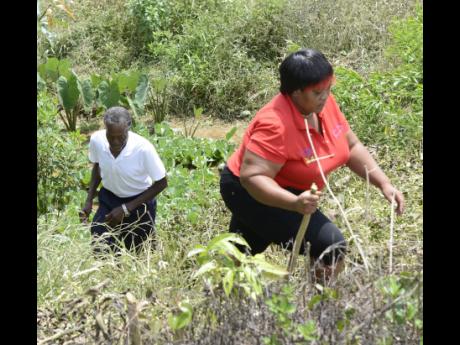 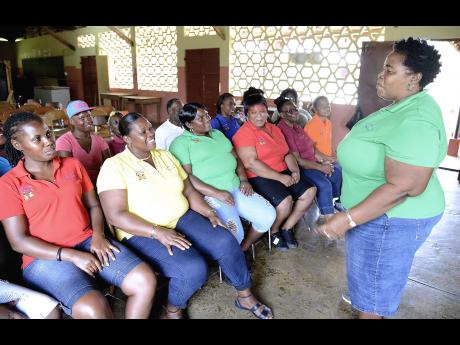 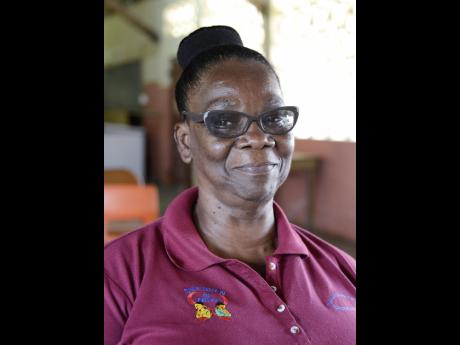 Committed to the mantra, 'it takes a village to raise a child,' several parents in Beersheba, New Market, St Elizabeth, have joined forces in an effort to ensure that children at the Beersheba Primary School are fully ready for the start of the new school year.

The parents have spent most of their days tilling the soil just so that they could purchase uniforms, shoes, bags, and other school supplies for all the children.

Like most parenting clubs in Jamaica, the Beersheba Parenting Group is made up predominantly of women - about 40. Efforts to recruit fathers have so far failed with their only faithful male member being an elderly man who also lends his support as they cultivate a small plot of land on the school ground.

The group members have managed to plant and reap tomato, cabbage, turnip, dasheen, peas, pak choi, and even a 15lb pumpkin. It is hard work, but they take comfort in the fact that the children in the community are being provided for.

"We cut our own lawn, we fork it ourselves, we do our own thing. Somebody come here the other day and when they saw us they couldn't believe because they said they don't normally see women do them things here, but we do it," said mother of three Karlene Delissar.

None of her children are among the students at the school, who, for the past years, have been the main benefactor of their endeavours, but like most of the parents in the group, she is guided by the mantra, "they are all our children".

The community project was launched by Children of Faith, a non-profit group which was established 25 years ago to assist children who have lost one or both parents to HIV/AIDS. It has received financial support from agencies such as UNICEF and other stakeholders.

Founder of Children of Faith, Gloria Meredith said that the Beersheba project was arranged to provide parents in the community with an income-generating activity so that they could send their children to school. This was necessary because of the high rate of absenteeism among students at the institution.

But instead of just accepting the poultry and feed that they were given by the NGO to generate funds to send their own children to school, the parents expressed their desire to use their meagre earnings to fund the community project for the benefit of all.

"They were the ones who decided to form the group so that they came together for fund raising activities to provide the financial and the emotional support to children in and around the area who are not coming to school for one reason or the other," said Merdith.

"All of them are just doing a little farming at their house and then go to the market; and remember that farming could be like cabbage this minute and then yam next minute or so, so is not like they really have much," added Meredith.

To supplement the income earned from the communal farm, the parenting group also hosts fund raising activities which are generally well supported by residents of Beersheba and surrounding communities.

Businesswoman Eugenie Farquharson has distinguished herself as the top sales person during these events and she cherishes every opportunity to put her skills to the test.

"In March, we had a fish fry and it was very good, because we fried fish and sold drinks and they had other enjoyment for the children and plenty children come out and they supported it. I was the one who did the selling for the fish fry and I made lots of money for them," declared Farquharson.

The endeavour has boosted camaraderie in the rural community, as the women sell ice-cream, cakes, and other pastries to earn money for the back-to-school initiative.

Acting principal of the Beersheba Primary School, Michele Sanderson, is more than pleased with the efforts of the group.

"It is just amazing to see the dedication of the parents, how they would come out and support the venture and also to see them on the farm," said Sanderson.

"They have an area down the bottom and sometimes I would just go and watch them. These are ladies and you would want to think that 'OK, ladies wouldn't go out in the field.' Oh, please! These ladies don't care. They go and they weed and they plant and groom their crops," added Sanderson.

She said that absenteeism has become less of an issue as a result of the project and it is comforting to know that when her children turn up for school in September, they will come fully equipped.

"Indeed, it has been helping because on a regular basis we have more than 85 per cent attendance, so the programme is helping and it is really heartening and thrilling to see the parents when they come out on a Tuesday to have group meetings. They come, they sit, they talk and there are also training sessions," added Sanderson.