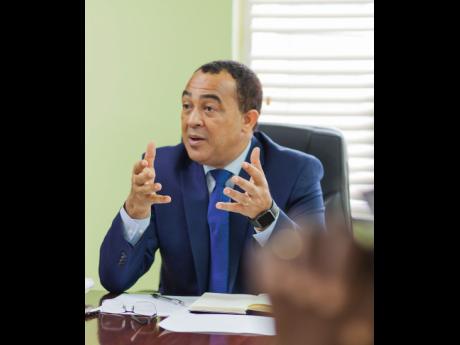 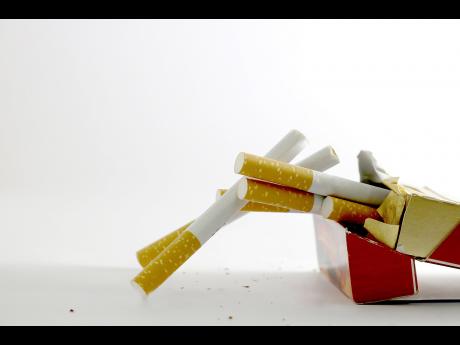 Minister of Health Dr Christopher Tufton has declared that he is prepared to reject calls for a reduction of the special consumption tax (SCT) on cigarettes.

According to Tufton, the calls are coming from a "relentless tobacco industry, keen on advancing its own interests and at the expense of public health".

"To reduce the SCT would be to encourage greater consumption of tobacco, providing, as it would, cheaper access to the products, something that the Ministry of Health could not countenance," said Tufton, in a submission to The Sunday Gleaner.

"Indeed, to support such a reduction would be tantamount to operating against the public-health interest, particularly since price and tax measures have been shown to be a tool for reducing tobacco consumption and, in particular, among youth," added Tufton, as he scoffed at claims that the high SCT was helping to fuel the illicit cigarette trade.

He argued that Jamaica is doing its part to curtail the illicit trade.

"The island is, for example, taking steps to ratify the Protocol to Eliminate Illicit Trade in Tobacco Products. The illicit trade in tobacco products, in the context of the Protocol, means 'any practice or conduct related to producing, shipping, receiving, being in possession of, distributing, selling or buying tobacco products and that is prohibited by law'," declared Tufton.

"Ratification of the Protocol will mean that Jamaica is better positioned to tackle the illicit trade in tobacco products in general, including cigarettes," the health minister added.

Pointing to the harmful effects of cigarette smoking, Tufton said, "whatever the travails of the tobacco trade, it is time for those of us among whom public health takes primacy to redouble our efforts to bring about a reduction in tobacco consumption and exposure to tobacco smoke."

Carreras Limited, the largest legal distributor of cigarettes in Jamaica, has repeatedly argued that the Government must review the SCT on cigarettes if it wants to tackle the illegal trade, which is robbing the Government some $5 billion in taxes each year.

The company has also argued that the SCT forces the legal industry to sell at a price much higher than the illicit cigarettes which avoid the tax net.

Road race rackets? - No policing of the use of the proceeds of numerous walk/run events hosted for charity
Dial tone for the desperate - Government’s dedicated suicide hotlines defective or down
No need to quarrel, says health minister - Tufton agrees with JFJ on family's right to independent observer at post mortems
Cornwall concerns - Politicians squabble while health professionals stress over ‘sick’ hospital
Enfield Health Centre benefits from ‘Adopt - A- Clinic’ initiative