Don't shy away from being nominated for Youth award, says Green 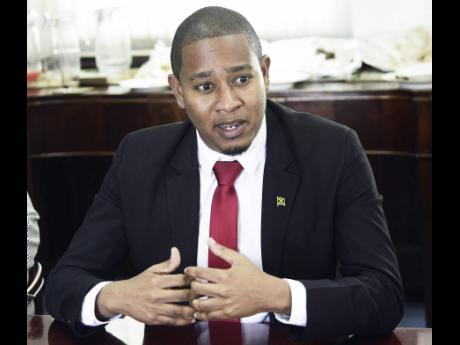 State Minister for Education and Youth, Floyd Green has called on young people across the island not to shy away from being nominated for this year's Prime Minister's National Youth Award for Excellence, once they feel they have done excellent work in leadership.

Green was speaking at a press conference on Monday to announce the opening of application for nominations.

NOT JUST ABOUT WINNING

The youth minister indicated that young people should not only be focusing on winning, as the mere fact they are nominated signals a huge achievement.

"Don't be afraid to be nominated and if you know you are doing good work go out there and hunt people to nominate you to put your work on display. A nomination like this is a great achievement. I was nominated when I was at the University, I never won, but now I'm staging the award," he said.

Green also indicated that a major objective for this year's staging is to ensure that there are equal opportunities for both urban and rural leaders to be recognised.

"Unfortunately our systems are a bit skewed where it is easier to have national impact, if you are operating from Kingston and St Andrew, so it is a way to ensure our rural youth are rewarded."

Other categories to be included in this year's awards, are sports, journalism, leadership, innovation in science and technology and academics.