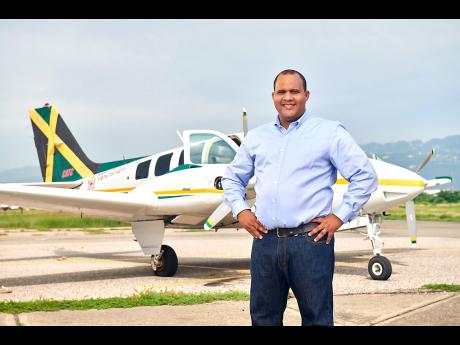 The 1990s in Jamaica is known for several historical moments, perhaps the best known because of its wide-reaching impact is what is dubbed the 'financial meltdown.' This period was characterised by a high interest rate regime, the collapse of several financial institutions and the closing down of numerous business places.

Charley's Windsor House, then a leading department store in St Ann, was one such business that was affected by the crisis of the day, resulting in the company being placed in receivership. As a result, the family-run company, which had operated for over three decades, was now faced with bankruptcy.

In a bid to recover from bankruptcy, restructure the company and develop a new strategy, the managers decided to take a loan from their banker to take advantage of the offer made by the Jamaica Redevelopment Foundation to pay off their debt.

In a twist of fate, the Charleys were, instead offered more favourable loan terms by Jamaica Money Market Brokers (JMMB) in the early 2000s, which helped them to rise like a phoenix from the ashes.

Christopher Charley Jr., now chief operating officer at KDC Group, credits JMMB for giving his family the second chance they needed. The Charleys' story is one of triumph, a feat that Christopher Jr. is exceptionally proud of.

In reflecting on the journey, he shared that he grew up in the business, participating in every aspect of it.

"I started with the business since birth. I remember the long days helping out, from doing accounts table to doing collections on the road, to sweeping up the place. I did a little of everything and later to witness my parents and their business going through a financial downturn that was devastating," he said.

He attributes the ability to rebound to the hard work of his team, dedication and the support of JMMB staff members, who worked alongside his family, taking the time to understand the business and customise a loan solution for their specific needs.

Although echoing the sentiments that small medium sized-enterprises are typically challenged with getting financing from banks and similar institutions, he commended JMMB for investing in the family business.

In explaining, he stated that the financial entity spent the time to examine their business operations and provide advice and direction so that they could structure a loan facility to meet its growing needs, and not simply offer a 'one size fits all solution.'

The now, almost two decade-old relationship forged between JMMB and the Charley family has been a fruitful one and has allowed them to defy the odds often associated with family-owned businesses.

As for Charley's Windsor House, it has been transitioned into a shopping centre - Brown's Town Mall, and is now one of the largest commercial real estate properties in St Ann.

The family-run businesses headed by, Christopher Charley Sr., is a testament of the quote from Collin Powell, "A dream doesn't become reality through magic; it takes sweat, determination and hard work."