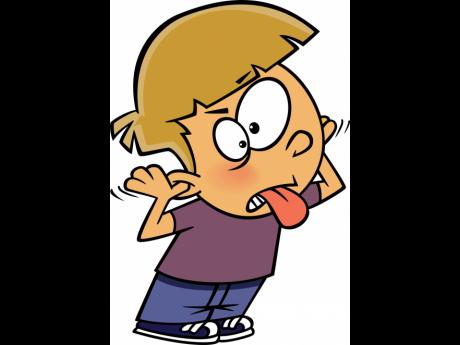 "How can you see into my eyes like open doors?

Leading you down, into my core

Where I've become so numb, without a soul

Until you find it there, and lead it,

- Bring Me To Life - Evanescence

They have done everything to steer their children along the right path - counselling, punishment, threats to have the police intervene - but the downward spiralling behaviour continues.

The above scenario is shared by so many parents in Jamaica who have children who are set on going on their own destructive paths. Many are dealing with the frustration of trying to rescue them before it is too late but feel helpless as nothing seems to work.

It is with this in mind that Family and Religion reached out to Dr Patrece Charles of the Phoenix Counselling Centre in Kingston, who points out that even the best-behaved children can be difficult and challenging at times.

"If your child or teenager has a frequent and persistent pattern of anger, irritability, arguing, defiance, or vindictiveness towards you and other authority figures, he or she may have oppositional defiant disorder (ODD)," she informed.

ODD is a childhood disorder that is defined by a pattern of hostile, disobedient, and defiant behaviours directed at adults or other authority figures. ODD is also characterised by children displaying angry and irritable moods, as well as argumentative and vindictive behaviours, explained Charles.

She said that while all children will display some type of defiant behaviour throughout their growing years, children suffering from ODD will display such behaviours much more commonly than any other type of behaviours.

"For these children, it can seem like nothing can be done to make them happy. They will not only do things to purposely cause conflict or to annoy the people around them, but they will oftentimes place the blame on others," pointed out Charles, who added that the specific causes that might be attributed to the onset of ODD cannot be narrowed down to any one specific factor.

She highlighted a few of the probable causes for ODD, which include genetics, with children diagnosed having family members who also suffer from various mental illnesses. Such illnesses can include mood disorders, personality disorders, and anxiety disorders. Another factor she shared is physical with the presence of ODD traits being linked to the existence of abnormal amounts of certain brain chemicals.

The environment in which a person is raised can also have a significant effect on whether a child may fall in to the symptoms of ODD, shared Charles. Explaining that if a child is surrounded by a chaotic home life, where violence, arguments, and other forms of general discord are prevalent, it would not be unreasonable to assume that the child could begin acting out at as a result.

"Similarly, if children are exposed to violence or have friends who behave in destructive, reckless manner, those children, too, are more likely to begin displaying behavioural symptoms that correlate with the onset of ODD," she said.

For a parent with children exhibiting this kind of behaviour, Charles said that they should first understand that it is a difficult behaviour to address and that frustration and anger can quickly surface when their child is yelling, screaming, fighting, pushing, and hitting, and it can escalate to destructive behaviour, and sometimes, violence. "Parents may be tired, especially if they have had a tough day at work or if they have another child who is demanding their attention. Maybe parents are depressed themselves. Or maybe parents have trouble regulating their own emotions. It's important for parents to identify with the signs and symptoms of ODD because they will vary from person to person," advised Charles.

ALL IS NOT LOST

Some of the signs she shared are easily losing one's temper, throwing repeated temper tantrums, arguing, fighting, refusing to follow rules, deliberately acting in a way that will annoy others, as well as being spiteful and seeking revenge.

"In order to break the cycle, parents need to discipline their children more effectively. To turn the behaviour around - and I know everyone has heard this before - parents need to be consistent, set limits, create structure, and be positive."

Parents need to be able to define the behaviour of their child, continued Charles as she shared that the first step in a good behaviour-management plan is to identify target behaviours, which, she said, should be specific, observable and measurable.

"At the Phoenix Counselling Centre, we assist parents at their wits' end with behavioural therapy techniques that can provide a roadmap to calmer, more consistent ways to manage behaviour problems and offer a chance to help children develop and gain the developmental skills they need to regulate their own behaviour," said Charles on the ways the centre assists with those and other problems.