Thug or target? - East Kingston resident claims he is being unfairly detained, police say he is criminal who believes he is untouchable 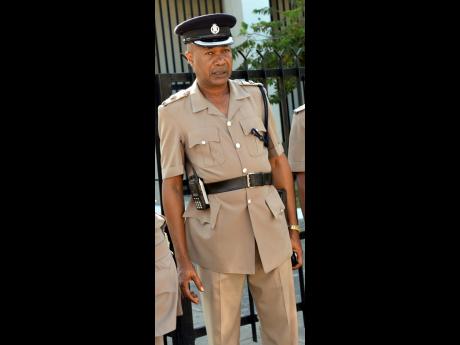 As police push to curtail the recent flare-ups of gang violence in sections of east Kingston, one resident of the often-volatile police division is accusing the cops of targeting him whenever a crime is committed.

But this has been rejected by the police, who argue that he is a known 'violence producer' who believes he is above the law.

Andrew Smith of Maiden Street in east Kingston said that he has sought the assistance of the Inspectorate of the Constabulary (IOC), The Independent Commission of Investigations (INDECOM), and the human-rights group Jamaicans for Justice to prevent the cops from repeatedly hounding him.

According to Smith, he has had to move out of the community to avoid the cops, who he claims have repeatedly barged into his house, ransacked it and arrested him on trumped-up charges.

Smith said in frustration he has tried taking his life on two occasions while in police custody.

Fed up and frustrated

"I feel so fed up and frustrated. These policemen, it come in like is them running the force and the country. I don't know what I did, and why they are targeting me like this," Smith told The Sunday Gleaner.

"The police who keep breaking the law clearly don't believe in the system. They want to act as judge, jury and executioner. This type of approach doesn't fight crime, it destroys people's lives," added Smith, as he declared that he would rather end his life than continue to be a target of the cops.

Two months ago, Smith said he tried to hang himself at the Port Royal Police Station after he was arrested by cops who said they were probing a case of aggravated robbery.

Smith was taken before the courts on that charge but was released after a judge granted a request from his attorney that he be released or charged.

"I'm in constant fear of my life. These officers continue to intimidate and threaten me. INDECOM has not stopped them, the commissioner has not stopped them, neither has the Inspectorate of the Constabulary. A lot of innocent people are killed by the police and I don't want to be next," said Smith.

But Superintendent Victor Hamilton, head of the Kingston East Police Division, said Smith, who goes by the alias 'Saddle Head', is a known violence producer.

"All of the information from my officers, and what the citizens are telling us, is that the man is a violence producer and a criminal," said Hamilton.

According to Hamilton, he recently received a letter from one of Smith's legal representatives after the alleged violence producer declined an officer a visit to his office and made a formal complaint.

"He tried killing himself because he feels like he shouldn't be in police custody. That is just a sham. Part of the ploy. It's a lie," said Hamilton.

Hamilton said that officers from his Proactive Investigative Unit interacted with Smith only three times, contrary to his reports of repeated harassment.

"This is a fellow who just feels that he is smart. 'I can do everything and the police can't touch me because I am with JFJ and the Peace Management Initiative every day.' He would rather if the police don't even patrol his community," declared Hamilton.

He said that Smith is not wanted for any crimes currently.