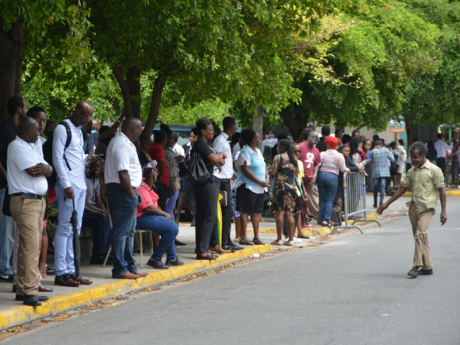 This morning's ceremonial opening of the Michaelmas Term of the Home Circuit Court at the Supreme Court building in downtown Kingston was disrupted by a security issue.

Gleaner reporter Nickoy Wilson, who is on the scene, says immediately after the opening parade members of the judiciary were making their way into the building when persons were seen running out.

At that time, it was disclosed that a report had been made that there is a security issue in the vicinity of the court.

Firefighters and police personnel were immediately summoned and judges were seen being transported away from the building.

Persons who had been taken to court for trial were also whisked away by police personnel.

Court staff have indicated that the opening ceremony will continue at another location but there has been no word yet on where it will be held.

This is the third security issue at one of the island’s courts in recent weeks.

Operations at the St Kingston and Andrew and Trelawny parish courts were disrupted recently because of security issues.