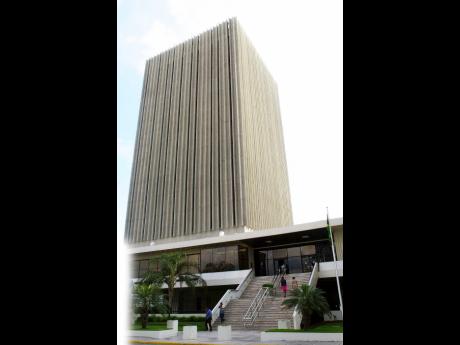 The traditional role of the central bank appears to be evolving in modern macroeconomics. Monetary policy from the central bank was once responsible for acting as a counterbalance to fiscal policy to aid the government to achieve its objectives. The central bank could, for example, expand the money supply by reducing interest rates to stimulate investment with an aim to increase output, while at the same time engaging in sterilisation policies by buying and selling foreign currencies in the market to pseudo manage the exchange rate, among other things.

Change in the role of the central bank

Contemporary monetary policy is becoming more independent of the fiscal government. Policies oriented towards their objectives have been relegated and the central bank's policies are now focused directly on inflation targeting (IT). Its main function is to use monetary policy to manage the average price of goods and services in the economy. By targeting inflation, the central bank relegates other functions it once would normally conduct and focus solely on achieving a targeted inflation rate. By doing so, the central bank must take measures to become more independent of the government in structure, as well as in policy design, and focus solely on the mandate of achieving a targeted inflation rate.

The power of expectations

Inflation is targeted on the premise that economic spending decisions are based on expectations. For example, if you expect prices to increase by a certain percentage next year, you can compare that with the rate of interest you could earn if your money was invested today. If expected inflation is greater than the rate of interest you could have earned, it would be better to consume today; but if you could earn more interest than the rate of inflation, it would be better to save today so that you can consume more next year.

How is inflation targeted?

Given that the choice between spending and saving must be made today, without knowing the rate of inflation next year so that you can make a comparison with the interest rate today, the BOJ must set a targeted rate that you should expect next year. This targeted rate will be used in your decision-making process to optimise your consumption patterns. To establish such a credible targeted change in the price level that people will believe will occur, so that retailers of goods and services do not overshoot or undershoot prices, the Bank of Jamaica (BOJ) must develop a methodology to reasonably forecast inflation. This they will compare to the target they want to achieve. The BOJ will publicly announce this target and then use their interest rate policy, money supply, moral suasion and other policies to minimise the difference between the inflation rate they expect, based on forecast, and the set targeted rate. Suppliers of goods and services to the economy will therefore maintain their prices close to expected inflation, given that they expect average prices to remain on target.

The effectiveness of the inflation targeting procedure depends critically on the success of the domestic monetary transmission mechanism. This flows through interest rates and many other channels through which the central bank influences the real economy via commercial bank activity. The financial system must also be administered while being cognisant of international developments that might jeopardise the effectiveness of domestic monetary policy.

How is actual inflation calculated?

In reality, the inflation rate is the rate at which average prices increase from one time period to the next. This is usually measured by the average change in a selected consumption basket, the contents of which are determined by the Statistical Institute of Jamaica (STATIN). It includes items that the average household consumes, based on a household expenditure survey. Upon determining the items to include in the basket, STATIN observes and records changes in these prices from one time period to the next. An increase in the average price level is called inflation, while a decrease in the average price level is called deflation. Prices are normally sticky on the down side, even if a few prices of items in the basket falls, prices generally increase on average. Deflation does occur at times and has its associated effects, but in general, prices normally increase then the consumer's real income will buy less.