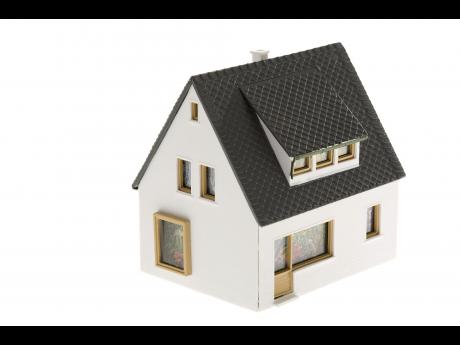 A white roof would make this house cooler.

A recent study has underscored what many Jamaicans had already suspected, by painting your roof white you could be saving thousands of dollars in electricity cost.

The study, done by lecturers from the Engineering Department at the University of Technology (UTech), Dr Earle Wilson and Kirkland Rowe, along with researchers from Brunel University London, found that the temperature inside a room can be reduced by almost five degrees Celsius, if white paint is used on the roof.

"If you are going to use a/c (air conditioner) to cool your house, beautiful! But if you can reduce the amount of heat coming into the house while your a/c is on, then you are saving on the energy used by the a/c," said Wilson, the programme director in the Mechanical Engineering Division at UTech.

He said, to test the theory, a single-storey, semi-detached house in Portmore, St Catherine, was coated with highly reflective paint to test how effectively cool roofs reduced internal room temperatures.

Over a period of three to four months, measurements were taken in different sections of the house to monitor the temperature.

It was revealed that the internal ceiling temperature was reduced in the living room by up to 18 degrees Celsius, while the air temperature was up to 4.5 degrees cooler.

Similar studies were conducted in Ghana and northeast Brazil and the results were all in line.

"The concrete roofs in Portmore, the heat ingress in the house is mainly through the roof and, therefore, anything that prevents, or reduces the heat coming into the room of the house is a benefit.

"The occupants were appreciative because we were doing it for them free of cost and so they benefit from the coolness that comes out of the roof being painted white," said Wilson.