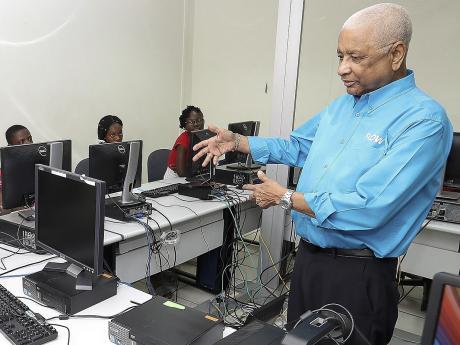 Managing Director of Flow Jamaica Stephen Price has described the passing of Errol 'EK' Miller, Executive Chairman of the Flow Foundation, as a significant loss, adding that the entire company is extremely saddened.

Miller passed away last evening while being treated at the Intensive Care Unit at the University Hospital of the West Indies for a medical condition.

“This is a significant loss, not just for our company and Foundation, but also for the many organisations that EK selflessly served. He was much more than a team member; he was our friend, confidant, adviser and more to many of us. This is a sad day for Jamaica, but we take solace and pride in the incredible legacy that he leaves behind,” said Price in a statement.

Flow says Miller played a critical role in charting the history of the company during the 31 years he served; having first joined in 1987 as Public Relations Manager.

Miller then held several senior roles in the organisation before again being promoted to Vice President of Corporate Communications with LIME Caribbean in 2011.

On his retirement later that year, he was appointed Executive Chairman of the company’s Foundation, a role that he transformed as he spearheaded programmes that made a great difference in the lives of many.

“This was a passion of his as he steadfastly believed in the potential of others and relished the opportunity to mentor Jamaicans from all walks of life.

“Hailing from humble beginnings, he was very passionate about the role that education could play in improving the lives of young Jamaicans and would always tell the many youngsters he would encounter that through education and reading you can travel the world without leaving the shores of Jamaica.”