Millions paid to utility customers for breaches in April quarter 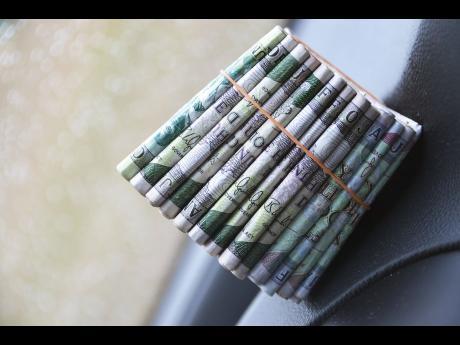 Customers of the Jamaica Public Service Company Limited (JPS) and the National Water Commission (NWC) were paid more than $36 million between April and June 2018 for service standards breaches.

This is a 13% decline over the preceding quarter where the two utilities paid out some $41.5 million to its customers.

The information is contained in the April-June 2018 Quarterly Performance Report published by the Consumer Affairs Unit at the Office of Utilities Regulation (OUR).

Compensation paid by JPS during the quarter amounted to approximately $35.37 million for breaches of its Guaranteed Standards.

JPS’ compliance report indicated that 17,634 breaches were committed, which represents a 12% decline in the number of breaches compared to the preceding quarter.

All compensatory payments were made through automatic compensation to customers’ accounts.

The frequency of estimated bills accounted for approximately 93% of breaches.

The NWC reported that it committed 632 breaches during the reporting period, representing a 75% increase in the number of breaches over the preceding quarter.

All actual payments were made by way of automatic credits to the affected accounts.

The remaining 65% of potential payments not made, represented those breaches for which the required claim forms were not submitted by affected customers.

Through the intervention of the OUR’s Consumer Affairs Unit, $87,708.27 was secured for utility customers.

Of this, C&WJ (Flow) and Columbus Communications (FLOW) accounted for 2% and 53% respectively with the NWC accounting for the remaining 45%.

During the April-June 2018 period, the number of contacts to the CAU decreased by 30% to 714, compared with the preceding quarter.

Contacts relating to billing matters (-31%), service interruption (-39%) and service connection (-39%) accounted for the most significant declines over the preceding period.

Despite the reduction in contacts during the quarter in review, billing concerns (48%) continued to be the main reason for customers contacting the CAU.

The OUR also receives reports from JPS and NWC on their performance in notifying customers within a specified timeline ahead of planned service disruptions.

This is also part of the Overall Standards for JPS and the performance targets for the NWC.

For the review period, JPS reported a 53.7% compliance rating in meeting this standard, which represents a 6.7 percentage point decline over the preceding period.

The full report can be viewed on the OUR’s website: www.our.org.jm.