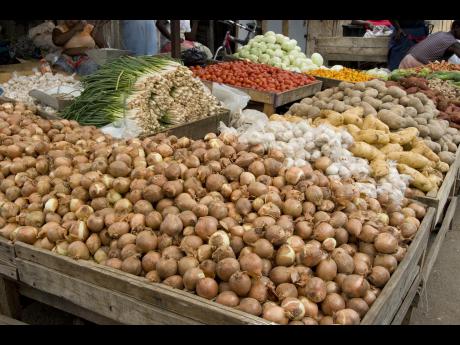 Minister of Industry, Commerce, Agriculture and Fisheries Audley Shaw says some $100 million has been allocated to boost production of several crops, including Irish potato and onion.

The minister made the disclosure while addressing stakeholders at the launch of the 2018/2019 Irish Potato Programme at the Christ Church in Christiana, Manchester, on October 4.

The programme is part of Government’s overall strategy to enhance Jamaica’s food and nutrition capacity with the target of achieving full self-sufficiency.

Mr. Shaw noted that the demand for table Irish potatoes in Jamaica was 34 million pounds per year.

He encouraged the farmers to practise climate-smart agriculture, to help grow the sector in a sustainable way.

“If we have the appropriate systems such as irrigation, Irish potato can be grown year round rather than the two times of year we do it now. People eat Irish potato year round. We have steady tropical condition all year,” he stated.

“We are not taking advantage of climate-smart initiatives such as drip irrigation which is one of the solutions which as government, we are going to find a way even to subsidise those who want to get into it,” he added.

The agriculture minister also urged the Rural Agriculture Development Authority extension officers to be “out in the field on a regular basis”.

“Through the Housing, Opportunity, Production and Employment (HOPE) programme, you will get extension aides, young persons who will get preliminary training to equip them to work alongside the extension officers in the field with farmers, to improve their productivity,” he stated.

Meanwhile, Shaw pointed out that former sugar-cane lands can be used to cultivate other appropriate crops.

He added that he was in the process of deciding how much land would remain in sugarcane and what would be made available to farmers to produce other crops. He noted that the available lands will be leased and not sold to farmers.