More than 100 and counting... FLA says licensed guns issued in breach of protocols 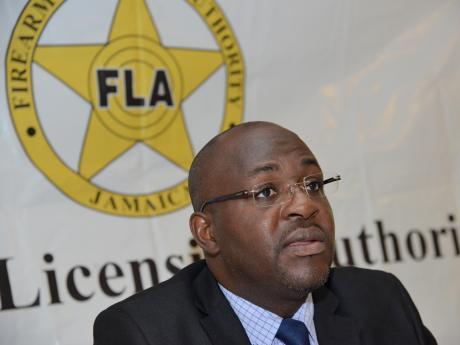 Dalling... FLA employees were taking firearm licence applications directly to members of the board of directors for approval, bypassing the executive office.

The Firearm Licensing Authority (FLA) has indicated that more than 100 guns for which licences were issued in breach of protocols remain in the hands of individuals.

And Chief Executive Officer Shane Dalling said the number is going up as assessments continue.

He made the revelation this morning during a sitting of Parliament’s internal and External Affairs Committee.

Dalling said among the breaches found when he took office in June last year was that FLA employees were taking firearm licence applications directly to members of the board of directors for approval, bypassing the executive office.

The problem with this, said Dalling, is that gun licences were approved before the required security clearance was submitted.

"What we discovered is that... after the licences are granted the security clearance comes in and there are adverse traces," Dalling explained.

He said that placed the FLA in a position where it had to be trying to retrieve the firearm from the holders granted the permit.

Dalling said he found, too, that some of these FLA employees were collecting money from applicants and interfering with persons in departments that played no role in the approval process.

He said there was also interactions by board members with staff to influence gun permit applications and the general breakdown of the procedures that ought to be followed.

"Several and still counting," Dalling replied before he was pressed for a more precise figure.

"Well over 100 and the numbers are going up as we go along each day," he explained.