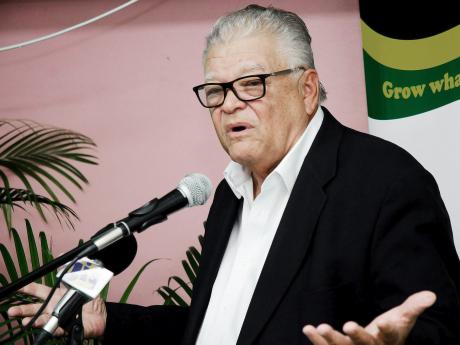 The Government has signed a deal with China Harbour Engineering Company (CHEC) for the construction of the long-awaited Montego Bay bypass, with work expected to get underway by the 2019-2020 financial year.

Karl Samuda, Minister without portfolio in the Ministry of Economic Growth and Job Creation, made the disclosure at the official opening of the Isratech Cornwall headquarters and first retail outlet in Reading Montego Bay on Wednesday.

“I have been given the opportunity to participate at the level of infrastructural development in the country, and among them is the oversight for the Montego Bay bypass,” said Samuda.

“That is a facility whose time has not only come but has passed.  We need to move rapidly to put that behind us,” he continued.

“… Because that would bring about enormous improvement to Montego Bay and I can tell you that about a week ago the contract was signed for the construction of that bypass.”

The value of the contract was not disclosed.

Samuda told The Gleaner that CHEC could provide funding for the project through the Export-Import Bank of China for the 14-kilometre stretch, but said that the Government is also prepared to provide the resources if terms and condition are not favourable.

The Montego Bay Chamber of Commerce and Industry, which has led the call for the bypass, says the news is encouraging.

“The bypass, albeit a number of years away from completion, is integral to the ongoing development of the city and as such we call for the continued focus to see the process through to finality.”

Omar Robinson, president of the Jamaica Hotel and Tourist Association, was also pleased with the development.

“That is fantastic news announced by the minister. It’s long overdue,” said Robinson.

“Just to traverse the main areas of Montego Bay has become tedious especially during peak hours.

“This will be beneficial to those who don’t have to go into the town, and will definitely reduce the time and frustration,” added Robinson.

The bypass is slated to start in Ironshore, in the vicinity of White Village, and will continue in the direction of Salt Spring, Cornwall Court, through Porto Bello, then on to Granville and end on Bogue Road.