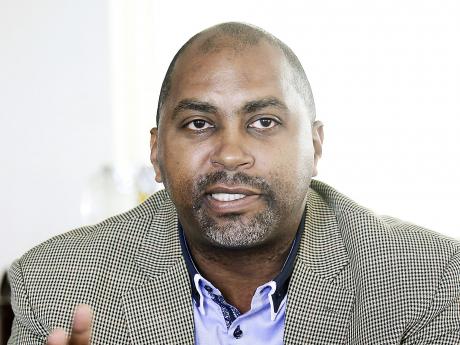 The People’s National Party (PNP) is calling for the authorities to move to clean up the Firearms Licensing Authority (FLA).

Chief Executive Officer of the FLA Shane Dalling told a parliamentary committee on Tuesday that procedures were circumvented by staff to grant gun permits.

It was also disclosed that gun licences were granted before proper background checks were done by the police.

The PNP wants the police and the Director of Public Prosecutions to take action against those were involved in wrongdoing.

The People’s National Party (PNP) says the specific and detailed revelations made to Parliament’s Internal and External Affairs Committee by Chief Executive Officer (CEO) Shane Dalling on the blatant corrupt operations at the Firearms Licensing Authority (FLA) are of great shock and deep concern.


The Party said it was absolutely flabbergasted at the statement by Mr Dalling, that when he arrived at the FLA in June 2017, he found that staff members were taking incomplete applications to Board members directly for approval and such approvals were granted before proper background checks were done by the Jamaica Constabulary Force.

This is compounded by the fact that the CEO further charged that such members of staff were collecting money illegally and that there were direct interactions between those staffers and board members.

In a statement this afternoon issued by the General Secretary of the PNP, Julian Robinson,the party said there needed to be immediate action by the Police and the Director of Public Prosecutions to bring those board members and staffers to justice for criminal wrongdoing, as this was the clearest statement the public has received on the scandal at the FLA.

The Party also said the Prime Minister and Minister of National Security could not ignore such serious statements by their Head of the Firearm as gun licenses granted in such a fashion undermines national security and endangers all Jamaicans, as firearms are in the hands of persons who the police have subsequently found to have adverse traces.

The PNP said the situation is further compounded by the fact the FLA is unaware of the number of such applications and could only say that their checks so far have revealed in excess of one hundred and counting.

Furthermore, the unconstitutional body set up by the former security minister Robert Montague added fuel to the fire as some 29 adverse cases that were rightly refused by the FLA review board were approved by the Minister and this illegal body.

The Party said the breach of trust by members of the board appointed by the Holness Administration and who were in place in June 2017, when Mr Dalling arrived, is obvious and they must either contradict the statement by Mr. Dalling or be subject to sanctions, criminal or otherwise, for their actions.

The former security Minister must also be held accountable for this catastrophe which befell the nation’s gun permitting and registration system.

The PNP is also urging the new board of the FLA to make the necessary submissions to the government for the required staffing to complete the recovery exercise in the shortest possible time so that Jamaicans can be assured that legal guns do not remain in the hands of the wrong individuals.