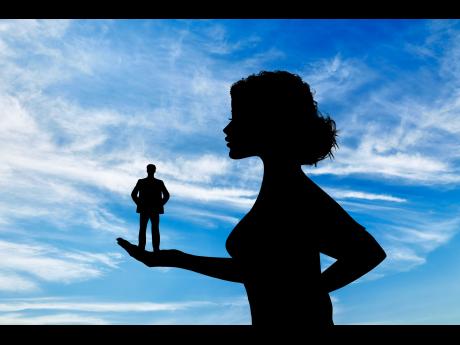 "In this era of political correctness, your very thoughts are vetted by self-appointed moral arbiters; but you need not worry if what you think and write is sanctioned by your sacred traditions."

Like the proverbial chameleon, Western feminism has reinvented itself over the years to ably respond to social and economic injustices.

From the struggle for women's suffrage to the sexual liberation movement of 1960s, and now the #MeToo Movement, feminism is a force that continues to reshape the social and, in particular, the political landscape.

Still, western feminism is intrinsically a white, well-heeled, liberal juggernaut that cares little for the black empowerment. In fact, by its very constitution, what we know as feminism is potentially destructive to black spirituality and culture.

But where western feminism must be forcibly challenged by Afrocentric communities is in its purveyance of a materialistic and overly simplistic understanding of womanhood. Western society has never cared to understand matters of spirit.

The role of women in African societies has always been prominent in religion and spirituality. African epistemology is based on yin and yang - opposing but complementary forces.

The matrilineal family structure has been, and is still, the backbone of Afro-Caribbean societies. Women are the keepers of the shrine and the intermediaries between God, gods and humankind.

By virtue of her divine attribute the African woman is already an equal. The African (black) woman has always been feminist in so many ways. Case in point: From the sprawling centuries-old Kingdoms of Kush in East Africa to Dahomey in West Africa black women led powerful armies that defeated Persia and Europe and sat in the seat of political power.

With the targeted emasculation of the black male throughout the Americas, the role of the woman in Afro-Caribbean has now assumed existential importance.

This brings us to the thorny issue of abortion (the right to life vs the right to choose).

Notable is that African feminism is inextricably bound to life, lineage, bloodline and ancestry. In other words, within the African construct a woman does not bear life for herself.

I lean here on Fr Bonaventure Turyomumazima's well-researched work, 'No Place for Abortion in African Tradition Life' that cites John S. Mbiti, "[The life that the woman] bears not only continues the physical line of life; in some societies it is thought to be a reincarnation of the departed, [and] becomes the intensely religious focus of keeping the parents in their state of personal immortality." (African Religions and Philosophy, p. 120).

African women, thus, no longer speak in terms of "my child" but rather "our child". Note that "our" is much broader than the nuclear or extended family structure. Indeed, kinship is the core of African culture, the very root of African philosophy.

To quote Laurenti Magesa, (African Religion: the Moral Traditions of Abundant Life, p. 77), "We are talking here about community, ancestry, lineage and the life to come (reincarnation). Every life, every child is significant and purposeful. No life is abandoned."

Life is expressed in cosmological terms and constitutes an inter-subjective framework of the African society.

Therefore, abortion is a culturally traumatic act that impacts the seen and the unseen worlds.

Unquestionably, African theology (traditional and non-traditional), African metaphysics and African culture is intrinsically at odds with the pure secularism of western feminism.

In fact, Father Bonaventure Turyomumazima of Uganda argues that much.

He writes, "The biggest survey ever done among doctors showed that more than 80 per cent of South African doctors are against abortion on demand. The Government was fully aware of this attitude when they forced the members of the African National Congress (ANC) to vote against their consciences in support of 'Termination of Pregnancy'. They should therefore not be surprised when only five of the 27 hospitals in Mpumalanga have staff who are willing to take part in abortions."

Our spiritually rich history and culture have given us the tools to preserve the dignity and power of our women, men and children. Unlike their white counterparts who rail against patriarchy in the most disparaging way, never will you hear the demonisation of "old black men," by African feminists. The elders - male and female - are revered.

The impact of western values and vices has ravished many of our communities. Now, more than ever, we do not need outside agencies, many with self-serving, political agendas to dictate what is good for us.

The West has long debased and destroyed much of what we hold sacred. For sure, we do not need western feminism to put the final nail in our coffin. Today's family is our future, our bloodline, a bloodline that must never be severed for any reason.

I can only implore that we study the lives of our own feminists, and there are many, who have fought gallantly for social justice and equality without severing the spiritual lifeline to the ancestors.

- Dr Glenville Ashby is the award-winning author of Anam Cara: Your Bridge to Enlightenment and Creativity Feedback: glenvilleashby@gmail.com or follow him on Twitter@glenvilleashby