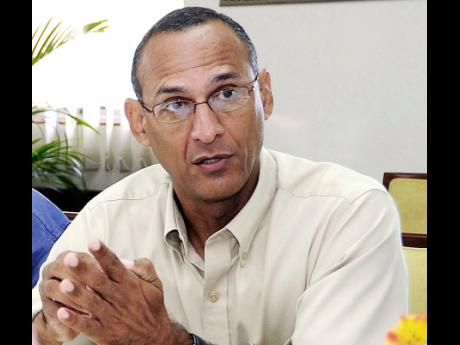 Economist Dr Damien King has stressed that there is an urgent need for the Government to further broaden the tax base to capture more people who are not paying their taxes and in turn ease the strain off those already paying.

"Jamaica's tax revenue, at 24 per cent of GDP is below the global average of 28 per cent, yet people feel overburdened," King noted in a tweet last week.

"This is because too many are outside the net entirely so the ones actually paying are paying too big a share," he further reasoned.

At the beginning of the current fiscal year, in opening the budget debate, then Minister of Finance Audley Shaw announced a package with no new taxes.

Since then, his successor, Dr Nigel Clarke has revealed that tax revenues are ahead of budget by approximately four per cent for the first four months of the 2018/19 financial year.

"There is a sense that the practice of increasing taxes each year could mask or hide inefficiencies. The fact that there were no new taxes this year, and for the first four months of the year, tax revenues are four per cent ahead of budget, is very, very significant," he said.

But King argued that getting the figure up to 28 per cent of GDP is what it costs to provide world-class public service "which a country needs to thrive".

The economist also criticised the Government for backing down on higher land taxes last year.

"Taxes are necessary but they tend to distort unproductively by discouraging the taxed activity. This is why Jamaica's property tax, which is only a land tax, is a good tax; the amount of land is fixed. The tax should be higher and the government was wrong to back down last year," King reasoned.